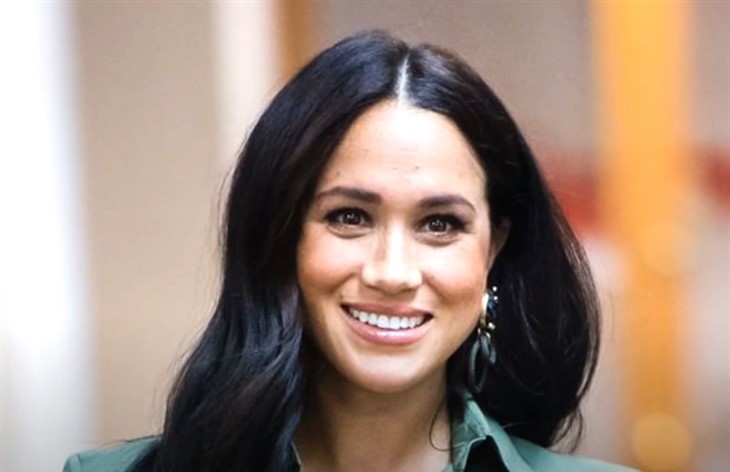 British royal family news shows that Meghan Markle is bringing the laughs again with yet another effort to sound like an adult. She’s written a letter to Congress that instead makes her sound lie a whiney, self-absorbed nit wit. Add tone deaf to the list as along the way she dragged a perfectly good restaurant chain (Sizzler) that many Americans consider special. According to Meghan she was forced to eat salad there and it was beneath her. Lol, in this crazy world thank goodness we have her to bring the sunshine.

Meghan was once one of several skimpily dressed girls who toted cash around a game show set. Now she reportedly has political aspirations. In America we’re told we can be anything we want, so Meghan has every right to try and take advantage of the American Dream. And in turn the public has every right to exercise their funny bone rolling around laughing at her pretensions and airs.

It’s been pointed out that before Meghan married a prince she was content to act in a cable drama. Now she supposedly envisions herself POTUS? Her latest blunder comes after writing a preachy letter to US politicians using semi-royal stationary. Her missteps here are many and social media won’t let her forget it. Maybe she should fire all the PR flaks she has hanging on and consult social media before attempting to play in the big leagues?

One obvious issue is that Meghan and her bike-riding house husband Harry deserted the monarchy in a huff and a puff. The castle is still standing but we can’t say the same for the thirsty pair’s reputation.

One person tweeted, “The U.S. franchise of British Royalty is clearly out of control…Time for diplomats from both countries to intervene. It’s so inappropriate.”

Another poster gave Meghan a history lesson: “First time an English Royal title has been used to lobby politicians in a republic that won its independence from the Crown by violent revolution in 1776?

Meghan has yet to respond to her boo-boo, and if history is any indication no one should hold their breath waiting for an apology—she made it clear to Oprah it’s the royals who need to apologize to her.