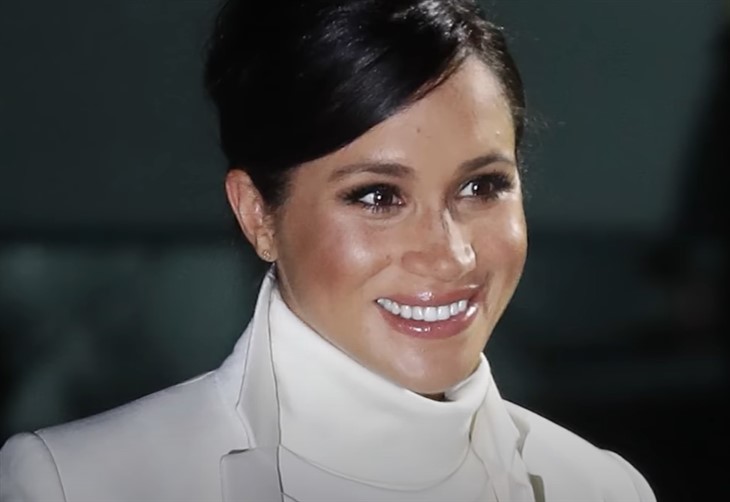 British royal family news reveals that “trashy” was the word used to describe Meghan Markle, Duchess of Sussex’s $500,000 baby shower with her celeb friends. According to Omid Scobie, who wrote a fawning bio of Meghan Thee Duchess, she found it appropriate to celebrate the impending birth of her firstborn son with Prince Harry by jetting off to NYC, a private jet of course, in 2019.

It was a woke, five-day affair including visionaries like Serena Williams and Amal Clooney.

Scobie Doo claimed in the Channel 4 documentary A Very Royal Baby: From Cradle to Crown, “I remember speaking to a palace aide at the time who rolled their eyes, they were horrified that something so common was happening within the House of Windsor.”

Ingrid said, “They walked in through the front entrance carrying these enormous bags from the most expensive shops in New York. Crowds gathered because they were all celebrities, there was Gayle King from CBS, Serena Williams, and Amal Clooney.”

And yet Meghan couldn’t be bothered to attend Prince Philip’s funeral in April, due to being pregnant. It didn’t stop her from traveling to drink in the personal adulation at her first baby shower, however.

Scobie said the idea of a baby shower was, “as far from British tradition as you can get. We had never seen someone throw this very lavish affair to celebrate the impending arrival of a baby.” Few people have seen such an ostentatious display.

Scobie Doo noted that speculation about where Meghan’s second child will be born is booming and he name-dropped Los Angeles’ Cedars-Sinai Hospital as having some of the, “finest maternity suites in the country.”

Royal Family News – Will Meghan Markle Give Birth At Home?

The hospital costs up to £2,800 per night and former patients include Victoria Beckham, Madonna, and Kourtney Kardashian. All that’s needed is the name Rachel Markle to make the list complete.

In February 2019 Meghan and her friends partied at The Mark Hotel in Manhattan with what looked appeared to be staged paparazzi walks of Meghan in huge black sunglasses trotting from her hotel to her car.

There are zero words on a baby shower for her second child. A lot has gone down since 2019 including her fleeing the palace, and trash-talking her in-laws. Other than Scobie Doo, who has leapt to her defense? Could it be that there are no longer any friends willing to take a chance on being seen with her, let alone spend half a mil on her?

General Hospital (GH) Spoilers: Will Sasha Try To Get Michael Or Valentin To Pose As Her Baby Daddy?