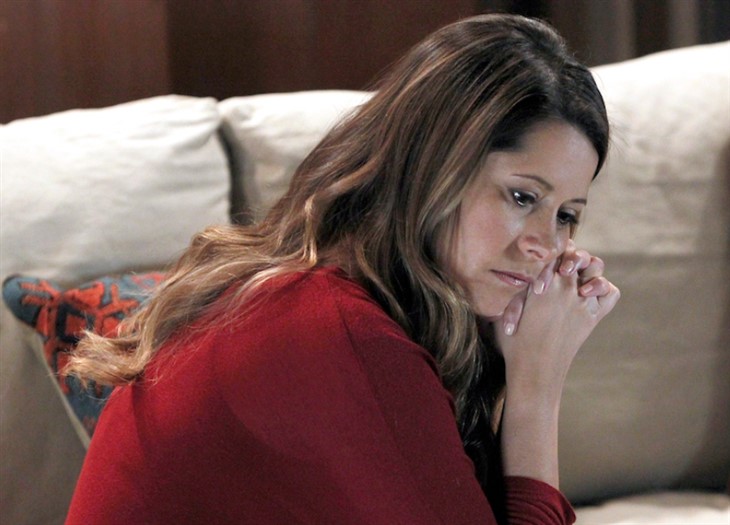 On January 9, 2021, John Reilly, who paid legendary WSB agent Sean Donely, passed away and now GH is honoring the actor with an episode presented in WSB mystery fashion.

All of our old favorites are there, including Kimberly McCullough as Robin Scorpio-Drake and Kristina Wagner as Felicia Jones-Scorpio. Anna, Robert, and Monica are also in attendance, as is Sean and Tiffany’s daughter, Annie, played by Reilly’s real-life daughter, Caitlyn Reilly.

Expect a mystery to ensue involving Annie, who is supposed to be a chip off the old blocks, meaning both of her parents, Sean and Tiffany (Sharon Wyatt). It turns out Annie is actually named for Anna (Finola Hughes), and the two will become close as they try to solve this new mystery that will take characters in different directions. It also looks like Caitlyn may be sticking around past Friday.

After all, a mystery can’t begin and end-all in one day, right? But will this mystery bring everyone back to Port Charles?

Whatever this mystery is, it looks like Monica (Leslie Charleson) may be affected by it in a negative way. She seems to pass out as she drops a drink, but why? Spoilers say that someone makes a surprise appearance at the end of this very special episode, but what surprise appearance will give Monica such a shock?

Will this be Roger Howarth’s return and not just Kimberly McCullough and Kristina Wagner’s? It’s still a mystery who Howarth will be playing, but this is supposed to be a mystery episode so we can see General Hospital throwing this comeback into the mix.

After all, it was quite a shock when Franco was killed and his murder still has not been solved. The town suspects it was Peter, but nobody has been able to prove it.

Or might Jason, the man accused of killing Franco, freak out Monica by returning from his on-the-run status. Friday is supposed to be a very special soap day indeed, so tune into General Hospital weekdays to see how all these stories play out.