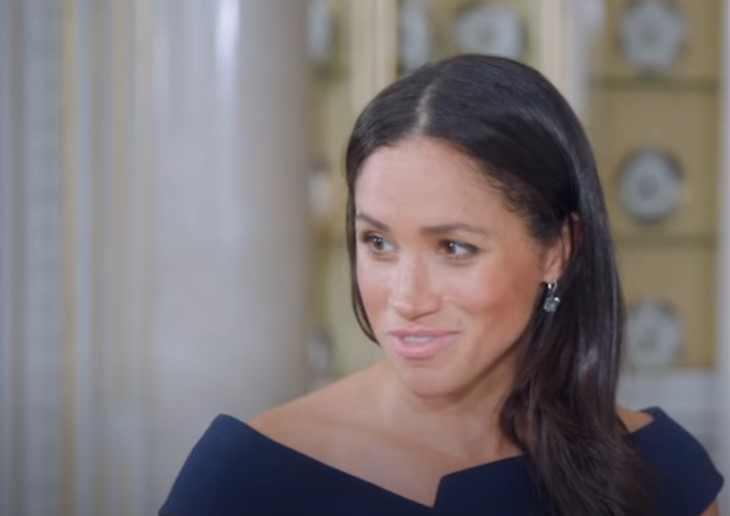 British royal family news reveals that Meghan Markle, Duchess of Sussex is not shy about talking about her family and in-laws. She rarely has anything positive to say, which no doubt has endeared her to The Firm and the UK—not!

What’s the latest being reported about her loose lips and their torrid words of truth according to Meghan Thee Duchess? Let’s find out royal watchers!

Royal Family News – Meghan Markle Is Talking About Her Family

It’s being reported that Meghan Markle spilled even more dish about her father, Thomas Markle, and sister, Samantha Markle than was seen in her infamous Oprah Winfrey tell-all.

In that masterpiece, she claimed neglect from her father and tried to say she had not seen her sister in two decades. Actually, she said many things, many of which were promptly and thoroughly debunked. Trashed, put through the shredder. Like what? How about her claim that the archbishop broke the law and married her and Harry in secret?

Royal Family News – Why Did Meghan Markle Tell An Untruth?

That caused a lot of heat and in the end, the archbishop came out and called her to boast plain fiction. To give him credit, he waited as long as he could before roasting Meghan and reclaiming his reputation.

These two also cried to Oprah that Daddy Warbucks Prince Harry cut them off financially leaving them penniless and having to sign a traitorous deal with Netflix. That also has been discredited.

Previously unaired clips from ‘Oprah With Meghan and Harry: A CBS Primetime Special,’ have surfaced and according to an interview Oprah Winfrey gave to CBS This Morning there was much more said than seen.

What did she dish about the bombshell sit-down with the Duke and Duchess of Sussex? According to the talkmeister, Meghan recalled how Thomas refused to stop working with the media before her 2018 wedding.

She claims that she told him that his doing so could end up harming his grandson Archie later in life. Thomas sold pics of him getting take-out in Mexico. How would that harm Archie more than seeing an interview in which both parents trashed their own parents? Note to Meghan: this is not the best parenting example in the world to set.

Nonetheless, they are free to speak their minds as they please. Just as Meghan’s sister Samantha Markle did in a recent tell-all book about her sister.