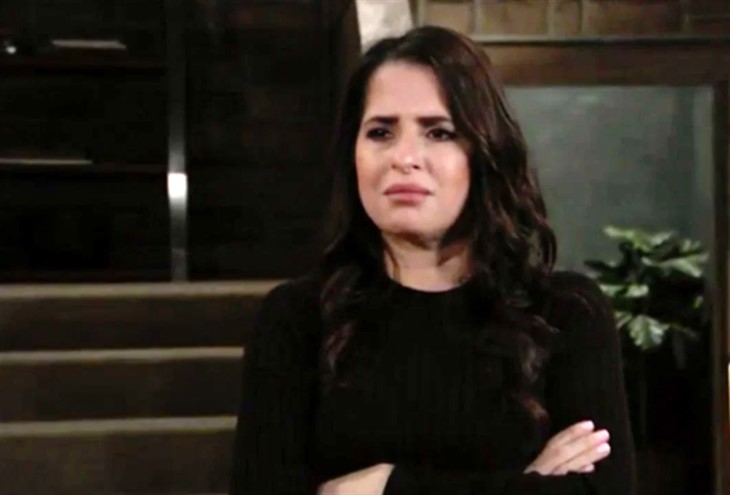 General Hospital (GH) spoilers indicate that Sam McCall (Kelly Monaco) will search for Jason Morgan (Steve Burton) when he goes on the run. However, things may get derailed when Jason has a fellow runaway to contend with. Maxie will be deceived and someone else will make a huge mistake.

General Hospital’s Sam knows something is up with Jason and she will search for him to find out the truth. Sam figures out that Britt Westbourne (Kelly Thiebaud) is involved and things go wrong. Sam has to change course to find her target. However, Sam’s search may turn up empty and she will turn to Maxie Jones (Kirsten Storms) and offer support. Sam will also enlist Dante Falconeri (Dominic Zamprogna) to help.

General Hospital’s Alexis Davis (Nancy Lee Grahn) is in Pentonville and stationed in the library. In addition to helping Maggie (Sydney Walch) Alexis may also lend Shawn Butler (Sean Blakemore) a hand. After all, Shawn may have tried to commit murder, but he never actually hurt anyone considering that Jordan Ashford (Briana Nicole Henry) hit his hand and ruined his shot. Can Alexis get Shawn released from prison?

General Hospital’s Maxie will get a huge shock when Britt goes missing before they can fake her baby’s death. On top of that, Maxie will get a new doctor and they could find out that something is actually wrong with Maxie’s daughter. Someone else will double-cross Maxie as well and that may have something to do with Peter August (Wes Ramsey).

Spending so much time with General Hospital’s Jason will prompt Britt to open up about her health issues. Jason has noticed her hands trembling several times and may even accompany her to get help at some point. Will Jason and Britt grow closer as they spend more time together?

General Hospital’s Sonny will make a mistake that could place him in certain danger with Elijah Crowe (Dan White). Meanwhile, Elijah and Nina Reeves (Cynthia Watros) get closer which will certainly get under Sonny’s skin.