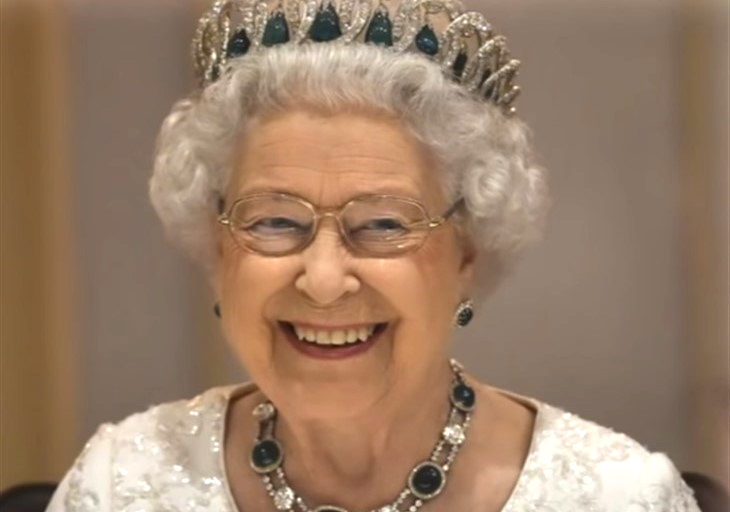 British royal family news reveals that the UK is headed for a four-day bank holiday in summer 2022 to mark the Queen’s Platinum Jubilee. The event marks 70 years on the throne for Queen Elizabeth.

Buckingham Palace stated that 2022’s extended break runs from Thursday, June 2 to Sunday, June 5 after the May bank holiday.

The gala will include national events such as a day at the races, a live concert with some of the world’s biggest stars, and a service of thanksgiving.

It is assumed that the Prince of Wales, Duchess of Cornwall, the Duke and Duchess of Cambridge and other members of the monarchy will be present at various events.

A Platinum Party at the Palace includes a live concert at Buckingham Palace on Saturday of the long weekend. Performers are not yet named but some of the world’s biggest entertainment stars will no doubt vie to celebrate the epic moment in the Queen’s seven-decade reign.

Other highlights include a day at the races and her family who will fill the royal box for the Derby, held at Epsom Downs, before the concert.

The four-day weekend will begin on Thursday with Trooping the Colour, which will be staged in full for the first time since the pandemic.

The Queen Is 95-years old

There will be Platinum Jubilee Beacons lit throughout the UK, Channel Islands, Isle of Man, and UK Overseas Territories. This is a tradition that is used to celebrate royal jubilees, weddings, and coronations.
Additionally, a Service of Thanksgiving for the Queen’s reign will be held at St. Paul’s Cathedral on Saturday.

Communities across the country are invited to band together for the Big Jubilee Lunch during Sunday, the final day of the Bank Holiday Weekend. People are encouraged to share friendship, food and fun with neighbors as part of the big event.

And on Sunday a Platinum Jubilee Pageant will be staged in the capital with more than 5,000 people from across the UK and Commonwealth.

A Huge Celebration Is On Tap

The Jubilee will take place in and around Buckingham Palace and includes street arts, theatre, music, circus, carnival, and costume.

Queen Elizabeth II’s coronation was held on June 2, 1953, a little over a year after the then 25-year-old ascended to the throne on February 6, 1952, following her father George VI’s death.
Hers was the first coronation to be televised and 27million people in the UK tuning in.