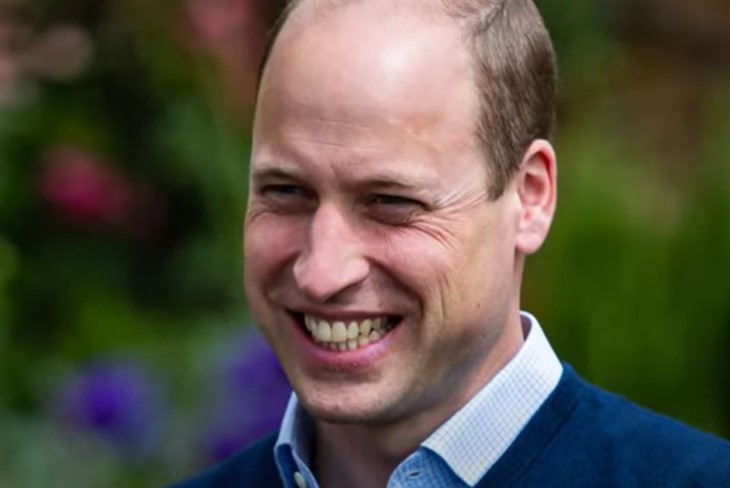 Prince William and his royal family relatives rarely get personal on social media. But in a recent exception, the Duke of Cambridge lit up Twitter with an unusually revealing post. And that tweet charmed William’s followers, offering insights into his personal life and background.

The Duke of Cambridge recently described the entire royal family’s affection for long walks, reported the Sun. From his beloved grandmother, Queen Elizabeth, to his children, Prince William tweeted about how the royal family stays healthy and together. For instance, the Duke of Cambridge shares that the Queen continues to take her adored dogs, corgis, for walks. And he also mentioned his father, Prince Charles, and the three children that he shares with his wife Kate Middleton: Prince Louis, Princess Charlotte, and Prince George.

“My whole family have a passion for walking – whether it’s my Grandmother still taking her corgis out at 95; my father embarking on lengthy rambles over the summer in Scotland;or my own children making their first appearance at our annual walk to church on Christmas at Sandringham,” tweeted Prince William.

But although William shared a photo outside of St. Mary Magdalene Church, Sandringham, along with his personal revelations, observers noted who the Duke of Cambridge failed to mention. And William’s solitary presence in that photo seemed to offer a clue as well. Neither in his words nor in his photo did the Duke of Cambridge mention his own brother, Prince Harry!

My whole family have a passion for walking – whether it’s my Grandmother still taking her corgis out at 95; my father embarking on lengthy rambles over the summer in Scotland;or my own children making their first appearance at our annual walk to church on Christmas at Sandringham pic.twitter.com/MzGWPi546r

— The Duke and Duchess of Cambridge (@KensingtonRoyal) December 5, 2021

Will Prince William and Prince Harry ever mend their royal rift? The fact that the Duke of Cambridge so noticeably left out his brother, the Duke of Sussex, just seems to widen that gap, say some royal family experts. However, Christmas just might help.

Prince Harry Riles Will, But THIS Christmas Tradition Could Help!

The Duke of Cambridge snubbed Prince Harry amid the brothers’ feud. As to what really started that rift, insiders point to what the Duke of Sussex and his wife Meghan Markle said in their bombshell-laden Oprah Winfrey interview. During that televised talk, Harry asserted that his father Prince Charles and brother Prince William felt “trapped” inside the monarchy. As a result, William felt “furious,” shared the sources.

But despite the rift, one Christmas tradition might help. Prince William and his wife Kate Middleton have stated their plans to mail off Christmas presents to Harry’s and Meghan’s children. Royal family expert Katie Nicholl shared that the Duke of Sussex’s and Duchess of Sussex’s son Archie and daughter Lilibet will receive gifts as part of William’s and Kate’s holiday traditions.

“Yes, of course. They give gifts to the whole family and that includes all their nieces and nephews,” explained the royal family expert of that Christmas tradition. However, the Duke of Cambridge and Duchess of Cambridge have never even met Harry’s and Meghan’s daughter, baby Lilibet. The little girl arrived in July in Santa Barbara Cottage Hospital in California.

What do you think about Prince William leaving out his brother in his personal tweet? Do you believe that the Duke of Cambridge will ever mend that rift with his brother, Prince Harry? Share your views with us. And then check back on our site for all the royal family news!