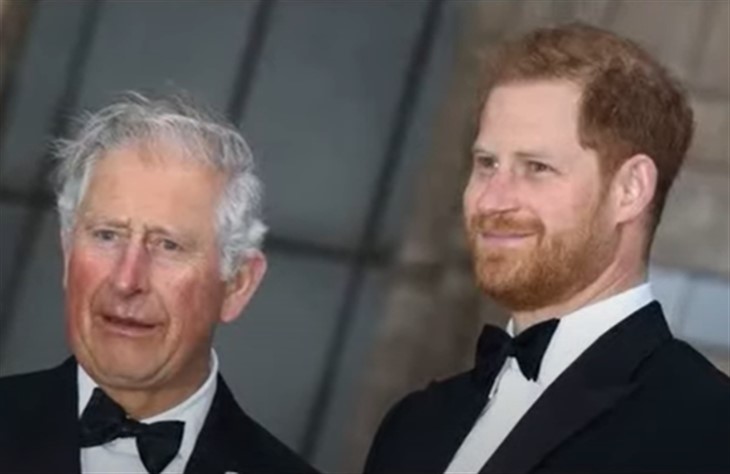 British Royal family news reveals according to a report released by The Sun, the Duke of Cornwall is not ready to meet his son, Prince Harry, when he returns to England for the unveiling of Princess Diana’s statue on July 1.

Harry has not hidden his contempt for his father in recent times. The fall-out, according to Harry, began when he and wife Meghan were living in Canada and his father Prince Charles refused to pick his calls. The situation further escalated when Harry went after his father in various interviews basically calling him a bad parent.

While many people claim that Harry and Meghan’s interview with Oprah rocked the royal family, insiders said that Prince Charles only laughed it off and continued performing his duties undeterred by the accusations.

Prince Charles To Attend Other Engagements During Harry’s Visit To The U.K.

Prince Harry is said to be gearing up for a return to the U.K. for a touching tribute to his late mother on what would have been her 60th birthday. His last time in the U.K. was in April, when he flew back to attend his late grandfather’s funeral. He was seen talking amicably to his brother then, but apparently, there is still much that the brothers need to work through to restore their relationship to what it used to be.

Reports continue to allege that a deep rift exists between the royal family and the Sussexes, and while Harry will be returning home soon, it is predicted that the reunion won’t be a happy one.

Less than two weeks to go before Harry would return to the U.K., reports surfaced that his father has made no plans to see him. The revelation was first published by The Sun on Saturday. In the article, the media outlet stated that father and son won’t be seeing each other due to a conflict in engagements.

When Harry leaves his Montecito home in California for the trip, which will come a month after he and wife Meghan welcomed their second child, Prince Charles will be making a previously scheduled trip to Scotland. Although there is no mention of the specific date when Harry will be returning home and when Prince Charles will be embarking on his trip to Scotland, a source told the outlet that Harry would be required to quarantine for several days, thereby preventing any potential meeting between the two before Charles would make his trip to Scotland.

“Charles will leave the boys to it. Harry will need to quarantine for at least five days when he lands in England, most likely at Frogmore Cottage in Windsor,” the source said. “Charles has made it quite clear he will not be around beyond that because he is going to Scotland. There is no planned meeting between the three of them.”

Harry has previously revealed that “there’s a lot to work through” with his father and his relationship with his brother “is space at the moment.”

Despite news of a continuing rift between the brothers, they will both reunite to pay tribute to their late mother Princess Diana, who tragically died in 1997. Both are set to appear at the statue unveiling, with a source telling The Sun that the brothers “will walk out together out of respect for their mum.”

At The Ceremony, They Will Deliver Their Own Speeches.

However, the source shared that communication between the brothers has been formal as of late. “There have not been any personal chats or proper talks, just a very brief and minimal exchange of text messages. The relationship is still very much strained.”

The Bold And The Beautiful (B&B) Spoilers: A Change In Justin Brings Danger – Katie’s A Hot Mess

The Young And The Restless (Y&R) Spoilers: Billy Lets His Jealous Side Come Out – Summer Gets Serious