The Young And The Restless (Y&R) Spoilers: Billy Lets His Jealous Side Come Out – Summer Gets Serious 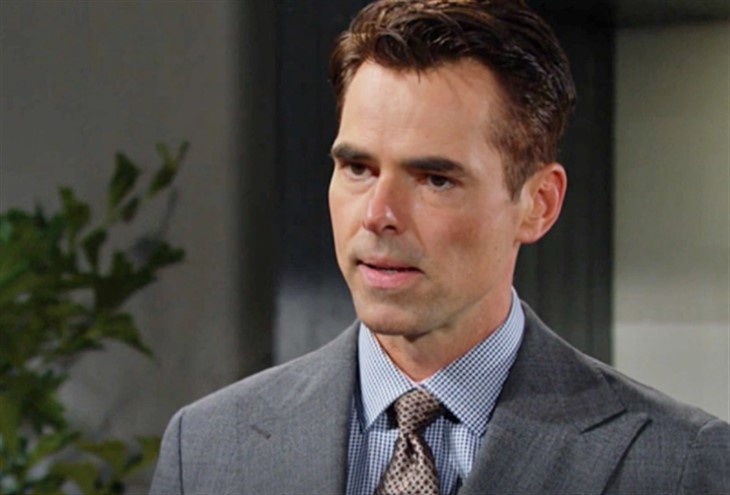 The Young and the Restless (Y&R) spoilers for Wednesday, June 23, 2021, reveal in Genoa City, Wisconsin, Billy not liking what he sees happening with Victoria’s life.

The Young And The Restless Spoilers – How Dare Victoria Newman Move On?

When Billy (Jason Thompson) looked like he was moving on from Victoria (Amelia Heinle), she was incensed but was afraid to show it. How could Billy be interested in anyone who wasn’t her? How could Billy now be responsible when she can’t have him? Vicky wallowed in self-pity for months on end and then she met Ashland (Richard Burgi).

When Ashland invited Victoria to New York, she was ready for romance but instead learned Ashland is dying of cancer, a secret she is keeping to herself till now. So, when Billy comes around giving her the third degree, Victoria puts him in his place quickly. He feigns being concerned but she knows he’s jealous. Does he have a right to be? And will he mind his business and not dig into what’s going on with Ashland.

Y&R Spoilers – Nick Newman And Adam Neman Getting Along?

Things are getting even stranger in the Newman family as Nick (Joshua Morrow) and Adam (Mark Grossman) now look to be friends. They already tried watching baseball together? Will they now try reading a book, which Adam says he likes to do in his spare time? Or are they up to something more challenging — like being business tycoons together?

They do have a big problem with Ashland and wonder why Victoria is getting closer to him. Will they now team up thinking they are saving their sister?

The Young And The Restless Spoilers – Summer Newman Gets Serious

Summer (Hunter King) has felt for a while that there was something way, way off about Tara (Elizabeth Leiner), who confirmed that to her last week with her horrible attitude and warnings that she’d just take off with Harrison if Summer made things hard for her.

Phyllis (Michelle Stafford) then warned Summer that Tara was trouble, so Summer will now decide to play ignorant and ignorant about what Tara might be up to. She then tells a host of lies that can get her in hot water. Does she also realize that Sally (Courtney Hope) and Summer have teamed up together to get rid of her? Stay tuned to The Young and the Restless weekdays to see how these stories play out.