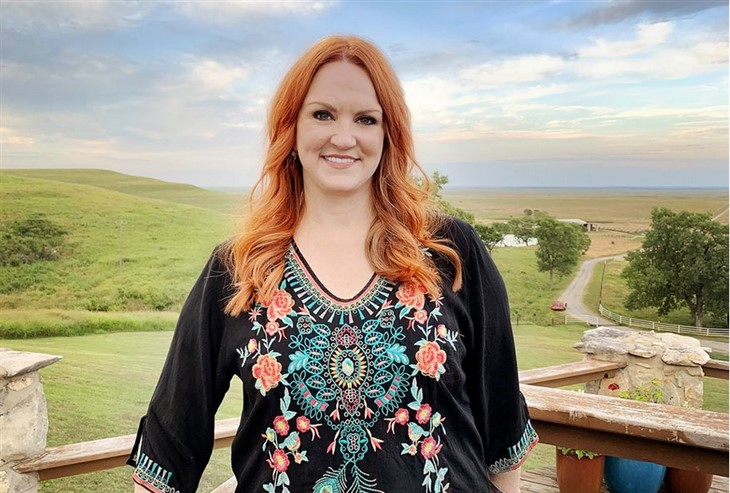 Pioneer Woman Ree Drummond takes holidays very seriously.  Thanksgiving: the one day of the year we’ve been given the certificate to happily gorge ourselves, spend time with family and be thankful for all we’ve got in life. For Ree Drummond, it means good food and happy eaters.

Almost all her children joined her for Thanksgiving, and that’s enough to make the food guru thankful.

Drummond shared pictures of her kids Alex, Paige, Todd and Jamar, as well as a new member of the family, Alex’s husband Mauricio. The only one missing was Bryce, who is away at college.

Ree, whose latest cookbook “The Pioneer Woman Cooks – Super Easy!: 120 Shortcut Recipes for Dinners, Desserts, and More” debuted at the top of New York Times bestsellers list – shared some cute pics of the family getting together for Thanksgiving.

Along with sharing a picture of the family’s cozy get-together, Ree revealed she misses her son Bryce and her nephew Stuart Smith, both absent from the celebrations.

She also shared a selfie alongside Jamar on Instagram, captioning it, “Chillin’, relaxin’, laughin’, and about two seconds away from a tryptophan nap. Also, those are not my eyebrows, they’re shadows from my glasses. Remind me not to wear these glasses again. Hope you’re all having a happy day! I used squirt whipped cream on my from scratch pecan pie. Bye.”

For Turkey Day, Ree prepared her favorite dishes, recipes of which she shared in her Instagram Stories and in an Instagram Live with Alex, Mauricio, and Paige.

The main course, of course, was turkey with her all-time favorite brine before roasting it. For the sides? She used stuffing, mashed potatoes, skillet cornbread, cranberry relish, broccoli cheese casserole, and giblet gravy.

For dessert, two pies were made: Pecan apple – which Ree describes as “the pie that’ll make you cry because it’s so fritacking good” – and a chocolate pie that Ladd swears by.

“Ladd marries me over this pie every year,” Ree said.

This Thanksgiving is sure to be an emotional one for the Food Network star as she lost her older brother, aged 54, at the beginning of this month.

The loss added on to what was already an emotional year as a result of her husband’s injury from a serious fire truck accident with their Nephew Caleb in March. 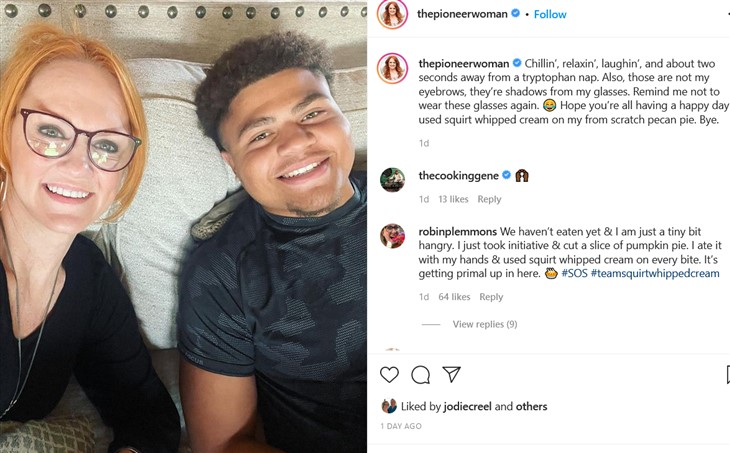 Ladd and Caleb Drummond collided in separate vehicles as they tried to put out the fire burning the family’s Oklahoma farm. The accident left Ladd with a broken neck and sent Caleb to the hospital in critical condition.

Ladd has significantly recovered in the months that followed, and it makes Ree super grateful.

Despite all the ups and downs and all the emotional turmoil that happened to the family this year, Ree still managed to find a lot to be thankful for.

Be sure to catch up on everything happening with Pioneer Woman right now. Come back here often for all Pioneer Woman spoilers, news, and updates.