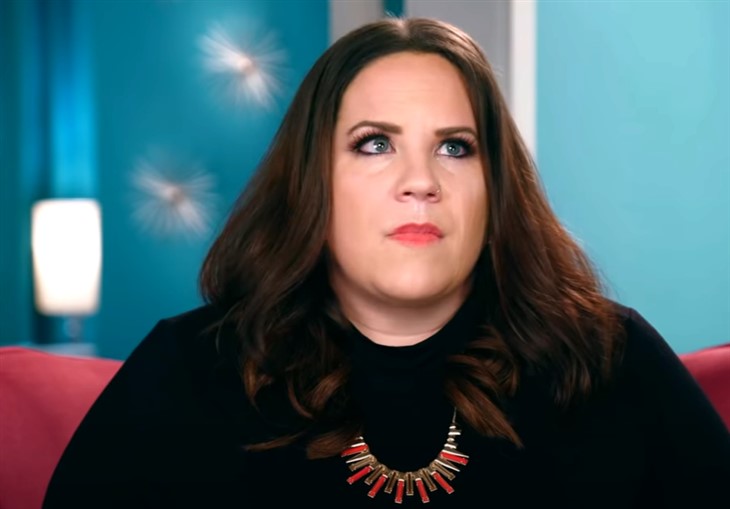 In recent posts, for instance, Whitney has clapped back at fans for claiming her French boyfriend wants to remain anonymous because he’s embarrassed by her weight.

The reality TV star has even slammed fans’ “unsolicited opinions” about her use of lip fillers.

And she also doesn’t hold back when My Big Fat Fabulous Life viewers question why she hasn’t lost weight despite her intense exercise program.

As a result of all the bashing, Whitney probably prepared herself for more criticism over her newest Instagram post.

But instead, she received a very unexpected surprise. Find out more below!

As an experienced reality TV star, Whitney Way Thore knows that engaging her fans on social media can pay off in ratings.

And so, despite those slams, the My Big Fat Fabulous Life star frequently shares what’s happening in her life on Instagram.

In her newest Instagram post, for instance, Thore wrote, “Did y’all hear that @nobsactive is transitioning to an app on October 1? I work out and film fitness related content multiple times a day EVERY day.”

Then, in addition to her announcement about her exercise program, Whitney offered praise for a clothing line.

“And I’m so thankful that @athleta has me covered, literally, from head to toe. My ultimate favorite piece is the conscious crop top…I have it in a million colors!” gushed the My Big Fat Fabulous Life star.

“And now that fall is coming🤞I can use all my hoodies and jackets to layer!” added Whitney. “Check out my stories to see a piece from the new sleep collection. 💤 Also, you can now shop @athleta just by tapping the products in this post! #athletapartner.” 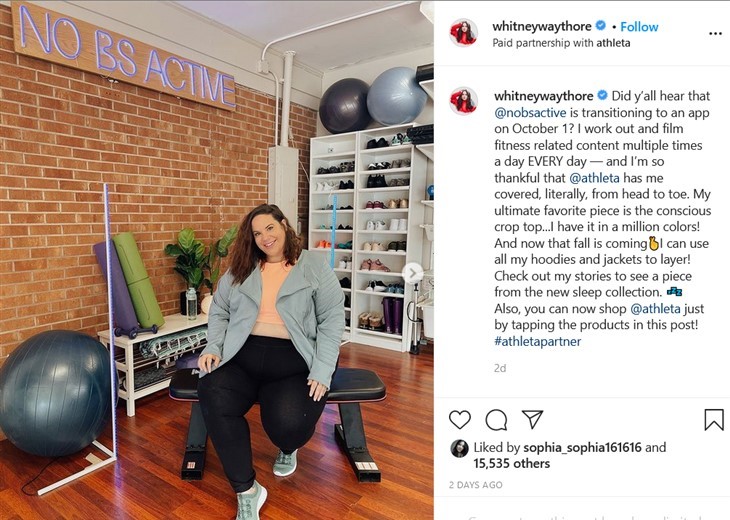 Although based on the past, Whitney may have expected bashing over her fitness program, No BS Active.

But instead, the My Big Fat Fabulous Life star received praise for several reasons.

“Slightly unrelated but I still can’t get over how amazing your workout studio looks!! You did such a good job with it! 😍😍” wrote one fan of the My Big Fat Fabulous Life star.

“Athleta is killing it with plus size gear. I love all the clothes I’ve purchased. Really well made and thought out details,” shared another fan.

Last but not least, Whitney’s Instagram followers didn’t scold her over her anonymous French boyfriend or her weight.

Instead, many fans expressed admiration for her appearance.

“Lookin FLY!!!” chimed in another.

What do you think about the sudden change from slams to praise for Whitney Way Thore?

Tweet us your views! And be sure to check back on our site for all the news about My Big Fat Fabulous Life.

Days Of Our Lives Comings And Goings: Daytime Diva Marci Miller Is Back As Abigail DiMera