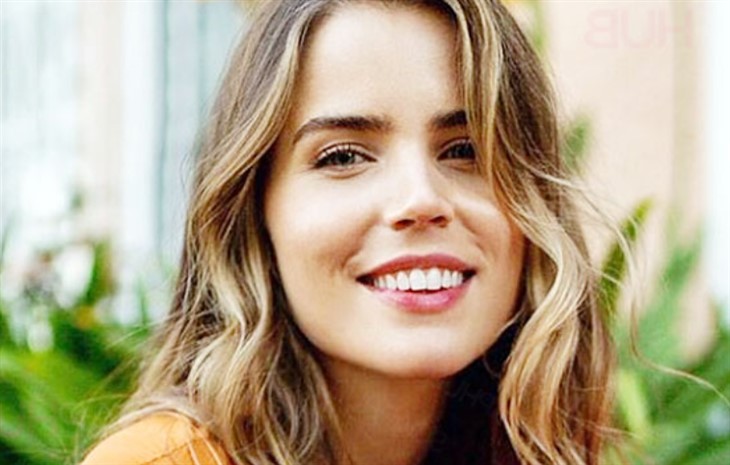 General Hospital spoilers indicate that Sofia Mattson, Sasha Gilmore, is the next star in line to exit the show. What will happen to Sasha and her baby? Will Sasha leave town or will she die at Carly’s wedding?

General Hospital writers have already set up a mob hit during Jason Morgan’s (Steve Burton) and Carly Corinthos’ (Laura Wright) wedding. Of course, Sasha and her baby daddy Brando Corbin (Johnny Wactor) are likely to be in attendance when this occurs. Sasha is due to have her baby at any time and could be shot or killed at the wedding, especially since Gladys Corbin (Bonnie Burroughs) will be there to distract everyone. Brando is also trying to help Carly to find out who Cyrus Renault (Jeff Kober) could be working with to take over the Corinthos Territory. Could Sasha even be kidnapped to control Brando? Is Brando putting Sasha and their baby in danger by helping Carly? Could Brando’s involvement cause Sasha to leave town?

General Hospital’s fans know that Sofia gave birth to her son on July 26th, 2021. Mattsson’s exit could be for her maternity leave. After all, the show tapes four to six weeks ahead and her exit would certainly fall into that category. How will the character be written out for Mattsson’s maternity leave? Will Sasha be hurt and in the hospital? Could Sasha leave town for her baby’s safety? Could Cyrus order for Sasha to be kidnapped so she doesn’t get caught in the crossfire at the wedding? After all, Cyrus has been obsessed with Sasha for some time, is he making sure that Sasha and her child are safe?

General Hospital’s Gladys could ask the Novak’s to make Sasha disappear because she wants her out of Brando’s life. Gladys doesn’t like that Sasha is coming between her and Brando and wants her gone. Gladys has made friends with Vincent Novak (Glenn Taranto) and could ask him to kidnap Sasha as a favor to her. Gladys could also try to take Sasha’s baby in the meantime. Will Gladys succeed in getting Sasha out of Brando’s life? Will Brando completely cut all ties with his mother when he finds out what she’s been up to?

Since Sofia will be gone for four to six weeks, something has to be done to explain Sasha’s absence. A kidnapping or hospital stay makes the most sense. Which with the writers go with and will Brando be there when his baby is born?

Days Of Our Lives Spoilers: Ben And Ciara Go Back In Time…Beyond Salem