Days Of Our Lives Comings And Goings: Daytime Diva Marci Miller Is Back As Abigail DiMera 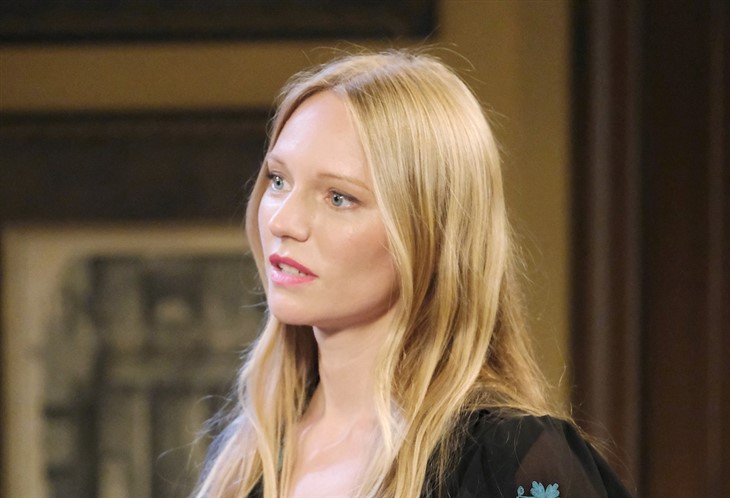 Days of our Lives (DOOL) spoilers for the week of September 13, 2021 show that there are multiple comings and going to mention. Who is taking their leave of Salem and who has not quite gone on to the other side? Let’s start dishing the dirt Days fans, there’s a lot to get caught up on this week.

Days Of Our Lives Spoilers – The week of September 13, 2021 Brings A Flashback

Calista Lockhart (Cady Huffman) is not quite gone from the canvas just yet. She was last seen being wheeled out of the Kiriakis mansion in a body bag and before that with a bloody wound that signaled her demise. Alas, she will be back in flashback scenes.

So it’s not quite a case of a soapylicious return from the dead, but almost. Fans will see Calista as she interacts with her late husband, Harrison Lord (Kevin Sizemore).

You may recognize Sizemore from the mini-series Fear the Walking Dead: Flight 462. He has also appeared in NCIS, 24, and Prison Break.

DOOL Spoilers – The week of September 13, 2021 Brings Back A Familiar Face

Also the week of September 13, 2021, is a return of another familiar face, that of Marci Miller as Abigail Deveraux DiMera. The actress has finished her maternity leave and fans caught a glimpse of her in a spectacular Friday Cliffhanger episode last week.

She was in Boston, where her hubs Chad DiMera (Billy Flynn) went to see about getting her back home to Salem. These two pick back up on Monday, September 13, when Chad does his best to convince Abigail to return with him to the DiMera Mausoleum, erm, Mansion.

Days Of Our Lives Spoilers – The week Of September 13, 2021 Has A Status Change

For some reason, just as Abigail looks to be coming home, her dad Jack Deveraux (Matthew Ashford) will be seen a lot less. News is that the actor has been dropped from contract to recurring. Why would the show do that to a pivotal character in the life of a large and in charge returning character?

Jack is in the middle of dueling sisters Abigail and Gwen Rizczech (Emily O’Brien). It would make sense to have him run interference for them if they pick up where they left off which was at each others’ throats. We’ll have to wait and see what happens to Jack and his daughters.