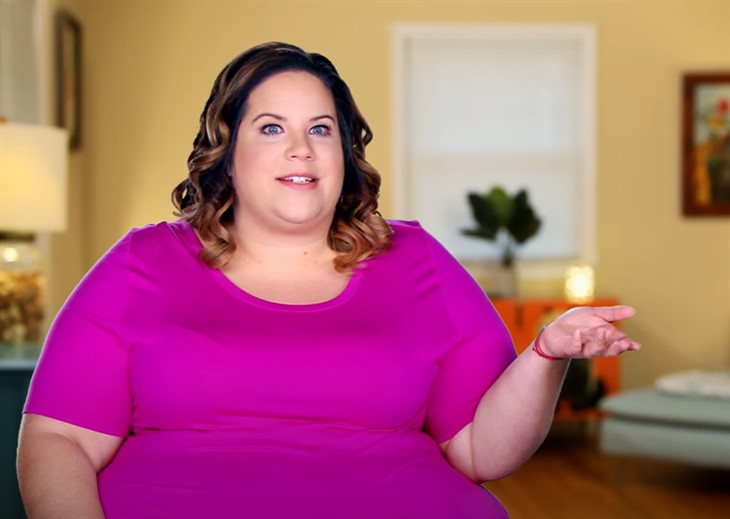 My Big Fab Fabulous Life Fans know that Whitney Way Thore has had some pretty crazy relationships and most of them have ended badly. It’s not easy for them to be supportive.

Many fans have thought the show was better when Whitney was focusing on her fitness and felt that she was trying to turn the show into some sort of dating game when she uses the show to try and attract a mate.

My Big Fat Fabulous Life – Fans Do Not Approve

Over many seasons of My Big Fat Fabulous Life, Whitney has fallen in love on numerous occasions, and she’s fallen out of it on just as many.

The robust reality TV star even got engaged once and we all know how that ended – broken. It’s not difficult to understand how fans can be anything but skeptical when it comes to Whitney’s newest beau.

Well, according to ScreenRant that is exactly what is happening.

Fans do not approve.

It was just last season that Whitney’s then-boyfriend, Chase Severino, cheated on her with his ex-girlfriend, getting her pregnant.

Fans watched in excitement the day Chase proposed to Whitney atop the Eifel Tower. They thought this romance was the real deal and so they were incredibly disappointed when things turned out as they did.

Fans probably thought that Whitney would be taking a break after that devastating turn of events so it’s not surprising that they wouldn’t be all that supportive when she quickly moved on to the new French guy.

Though the relationship is fresh and new, fans are still finding it difficult to be excited for Thore, even though she is.

It may be recalled that Whitney clapped back at naysayers on her social media post introducing her new beau saying, “If you feel that you can’t be loved because of your size or for any other reason, please don’t project that onto me — because I’m out here trying to enjoy myself and this person and what we have together.”

Fans haven’t even been able to see what the Frenchman looks like as the image of him and Whitney together in France was purposefully blurred, per his request.

From what we can tell, the Frenchman seems to be saying and doing all the right things, because Whitney seems smitten.

My Big Fat Fabulous Life Spoilers – Fans, On The Other Hand, Are Just Not As Easily Convinced.

After all is said and done though, it will be Whitney takes the plunge, if it gets to that point, so we hope that fans will be able to find it in them to be supportive.

Mostly, it seems they just don’t want to see her hurt again. You can catch new episodes of My Big Fat Fabulous Life Tuesdays at 8 PM on TLC