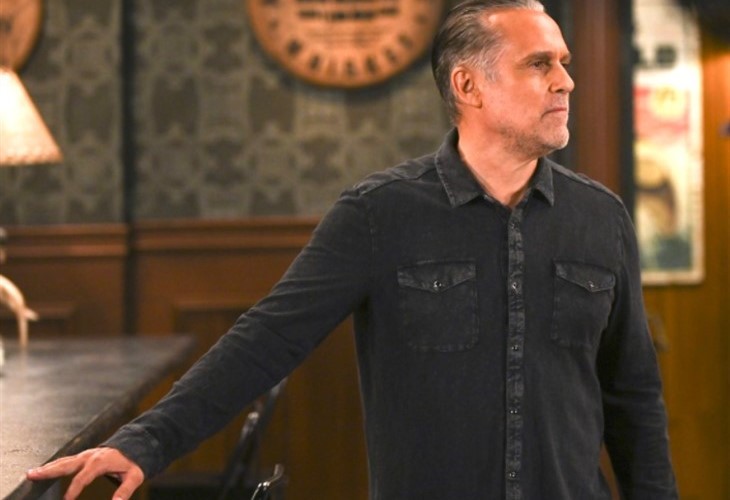 General Hospital spoilers for Friday, September 17, 2021, reveal Sonny calling out for Carly just as she’s ready to take the plunge with Jason after a quarter of a century of longing.

General Hospital Spoilers – It’s All Coming Back To Him Now

Sonny (Maurice Benard) is somehow still alive in the Burning Tan-O when he would be burnt to a crisp by now if this were real life. But it’s a soap so not only is he alive — he is no longer Smike. Sonny Corinthos is about to make his return as Carly Corinthos (Laura Wright) is about to marry Jason Morgan (Steve Burton). (It’s funny how he only remembered Carly despite the fact that he was also married to Brenda Barrett briefly and she seemed to be the love of his life for a really long time. It’s not like she’s dead. She’s only in Europe.)

As Nina Reeves (Cynthia Watros) worries about what could happen to this man she called Mike for so many months, Maxie Jones (Kirsten Storms) ignores Jax’s (Ingo Rademacher) phone call and makes sure the wedding goes off without a hitch. Jarly finally wed and Maxie later wonders why on earth Jax would call her in the middle of such a momentous event. And why haven’t Anna Devane (Finola Hughes) and Valentin Cassadine (James Patrick Stuart) arrived in Nixon Falls yet?

Later, Jason and Carly get ready to start their life together as the Five Families set their plan into action. Who will get caught in the crossfire and why are Jason and Carly ignoring their Corinthos Coffee duties? At least Brando (Johnny Wactor) does his best to protect his mother.

GH Spoilers – Will Ned Quatermaine Get Through To Olivia Quartermaine ?

While the Jarly wedding goes on, Ned (Wally Kurth) and Olivia Quartermaine (Lisa LoCicero) have their own concerns. Olivia didn’t want to hear anything about what Austin (Roger Howarth) thinks of Leo, but Ned may be getting through to her. Is it time she has an open mind and listens to what the doctor has to say if Ned thinks it’s so important? Being a stubborn mother in denial often doesn’t help a kid who needs a little extra care every once in a while. Stay tuned to General Hospital weekdays to see how these stories play out.