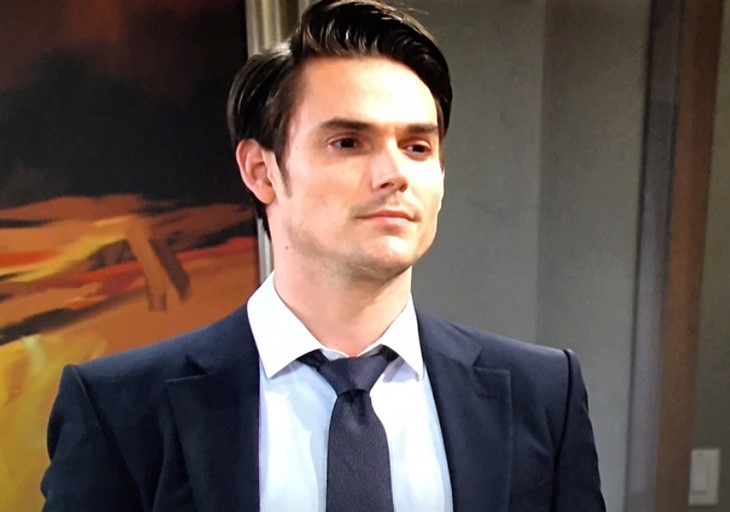 The Young and the Restless (Y&R) spoilers for Monday, May 17, 2021, reveal Chloe’s anger at Adam bubbling to the surface and Adam might want to listen to what she has to say.

Chloe (Elizabeth Hendrickson) thought it would be fun to get back at Adam (Mark Grossman) for hurting Chelsea (Melissa Claire Egan), but she didn’t want to see anyone else hurt and was horrified that she nearly killed Rey (Jordi Vilasuso). However, she does not want to get herself in trouble so she’s been trying to keep her mouth shut.

On Monday, Adam confronts Chloe, knowing Chelsea had to have an accomplice and Chloe is the obvious choice. Adam doesn’t expect Chloe to give as good as she gets but she does as she reminds Adam that his own mistakes with Sharon (Sharon Case) led to Chelsea doing what she did.

He never should have brought her in to give Chelsea therapy and certainly shouldn’t have been sneaking around with Sharon while Chelsea was recovering from a stroke. Will Adam start taking any blame for what happened? And, will he save Chloe if need be?

The Young And The Restless (Y&R) Spoilers Friday, May 14, : Sharon Wonders If Her Marriage Is Over

Elsewhere, it’s time for Summer’s (Hunter King) and Kyle’s (Michael Mealor) engagement party. Never mind how many times they’ve been engaged and that they were once even married. They still need a party and oddly choose Lola’s restaurant, which is just tacky, tacky, tacky. They live in a hotel Summer’s mother owns. The Grand Phoenix would have worked.

Either way, this engagement party doesn’t go quite as planned and the pair receive a surprise guest in the form of a little boy Kyle is going to be very interested in on Monday. How will Summer react?

The Young and the Restless Spoilers – Nick Newman Shows His Jealousy

Nick (Joshua Morrow) can tell that Phyllis (Michelle Stafford) and Jack (Peter Bergman) have a secret they are keeping from him and he doesn’t like it one bit. Now that he is no longer worried about Faith (Reylynn Caster) and battling Adam and tornadoes, he turns his attention back to his girlfriend and older daughter and doesn’t like what he sees. Stay tuned to The Young and the Restless weekdays to see how these stories play out.