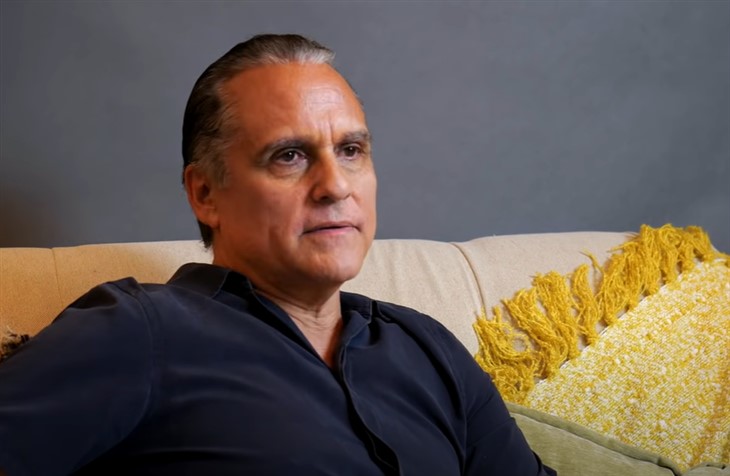 General Hospital’s Maurice Benard has decided to pay homage to old school General Hospital this week. Maurice is concentrating on when he was first hired and his third manic episode.

General Hospital alum Michael Sutton placed Sonny’s friend Stone who contracted AIDS and passed it to his girlfriend, Robin Scorpio (Kimberly McCullough). Kimberly has already sat down for an interview with Maurice on his podcast. Maurice and Michael discuss Old Hollywood and how things used to be. At the same time, Maurice was in turmoil in his personal life as well.

Maurice was in his third manic episode and his bipolar disorder almost cost him his job at one point. Of course, now he has everything under control and has for years. Maurice simply needed his medication changed. Maurice was put on Lithium back then and has been on it ever since. Maurice started his podcast to help other deal with mental health issues. Maurice has also been an ambassador for NAMI as well.

General Hospital – The Episode Is In Two Parts

General Hospital’s Maurice says the episode will continue into next week with Wende Riche and Shelley Curtis Litvack, the women he says changed his life. Of course, Sonny is a fan favorite but he wasn’t originally meant to be permanent. Fans connected with the abused child in him and wanted to see him succeed even though he wasn’t a very nice guy from the start. Sonny and Brenda Barrett (ex-Vanessa Marcil) have plenty of fans still that would like to see them back together no matter how badly Brenda treated him before. However, Sonny and Carly have been together much longer and have been through a lot together. Of course, some fans still call for Wende Riche to return as a head writer as well.

General Hospital fans have to be wondering if Steve Burton (ex-Jason Morgan) might interview with Maurice Benard after the upsetting loss of his job. Maurice has been supportive of Burton since he left the show. However, Burton had hoped for an exemption from the Covid vaccine on either his medical or religious request but he was denied. Burton has certainly expressed his desire to come back at some point and to not interview with anyone. Will Steve open up to Maurice after all?

General Hospital’s Maurice continues to help people with their mental health issues and to interview his fellow actors when he can. Hopefully, Benard’s State of Mind will continue to do well.