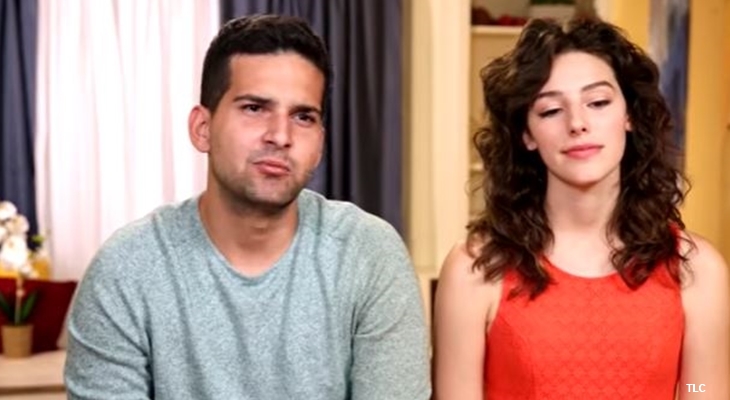 90 Day Fiance fans who watched season 5 of the TLC show might not recall Evelyn Cormier and David Vázquez Zermeño. They disappeared after their season to get on with their lives. Actually, she was better known as a contestant on American Idol, mainly as fans thought her voice was way too screechy. Still, Katy Perry liked her, and she continues churning out music to this day. For a long time now, folks thought that trouble came to paradise and after previous denials, she confirmed that she seeks a divorce.

Now and then, news about forgotten faces from the TLC franchise re-emerge. recently, Andrew Kenton made the tabloids after he lost a lot of weight and looked way more ripped than previously. Back in Season 8, he featured with his French girlfriend, Amira Lollysa. Very much the villain of the show, fans accused him of not being nice to Amira. In fact, at the time, the daycare center owner became possibly the most hated member of the cast. When he left he made it clear that he’d stay away from reality TV, noting that TLC gave him some very bad edits.  He also claimed that her dad had arranged everything just to get on television.

At the moment, fans watch the 90 Day Fiance spinoff, 90 Day: The Single Life. Interest in the show probably picks up as The Other  Way Season 3 just concluded with multiple weddings, including Jenny and Sumit. In the case of Jenny and Sumit, the age difference was large, with her being much older. However, back when Evelyn Cormier starred on the show with David Vázquez Zermeño, he was 10 years older than her and she was still a teenager. In fact, when she appeared on American Idol, Katy Perry seemed shocked that she married so young. Anyway, she claimed her own parents married young, and it worked, so she also wanted that.

In 2020, fans noticed that Evelyn didn’t wear her wedding band. Additionally, hunting for photos of David on her Instagram was more likely to reveal a real-life ET. However, InTouch Weekly reported that she explained that way. As she models a lot, she said that it wouldn’t look good to flash wedding band at the cameras. Now, it becomes clear that the marriage was probably already in trouble, as rumored. This week, Evelyn did an Instagram Live and told her fans that she planned to divorce David. However, she later took it down. Still, enough info came that the news got Redditors talking about the divorce.

On the 90 Day Fiance subreddit, u/AdministrativeSet419 posted about it. The post explained, “it’s so weird because I was looking at her Instagram just a couple of days ago and said to my husband, ‘I wonder if those two will ever officially divorce or just stay separated forever.” Then, they talked about the divorce that was mentioned during the Live on IG. It came four years after they married. Actually, it seems unusual for her to discuss David as the Redditor noted: “she finds it rude for people to comment on the status of her marriage.” As you can see above, @youreroadchuckness on Instagram shared the post.

Not all 90 Day Fiance fans recognized the names of Evelyn and David. One of them asked. “Who??? Tag their profiles pleaseee.” Then, another fan became rather uncomplimentary, writing, “Was she the screechy voice singer?” Then, someone else recalled, “She was the one who was super young right and immature and he was 10 years older.” Actually, few of them seem surprised or even interested in the divorce news. And so, it seems she really will pass into history now amongst fans of the TLC franchise.