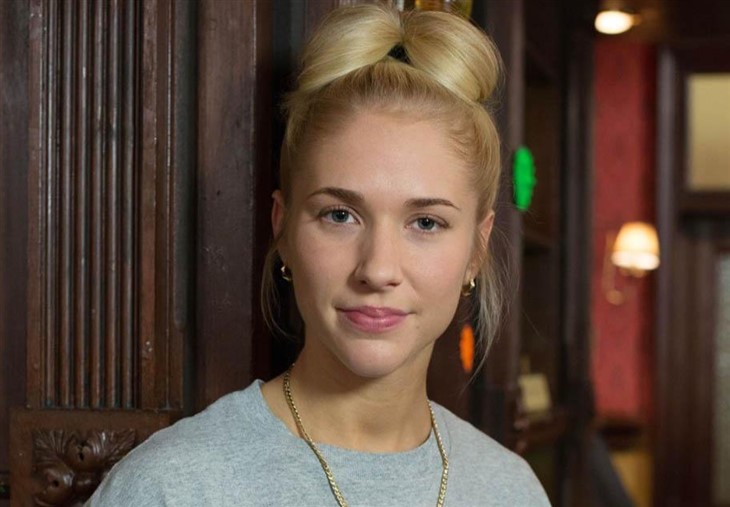 Eastenders spoilers and updates reveal after five years, Maddy Hill re-appeared on “EastEnders” as Nancy Carter. The actress was last seen playing the character on the soap back in 2016 and her return will stir up drama in Walford, especially since she came back without her boyfriend Tamwar Masood (Himesh Patel).

In an Instagram post, the actress openly shared her feelings of anxiety over joining the cast of the soap once again and for being recognized by the public as Nancy.

“I love playing Nancy but I find getting recognised in public for playing her really difficult,” the actress wrote on her post.

“It’s been a big cause of anxiety for me recently (which I had buried- in true human fashion and only realised a couple of days ago),” she continued.

She admitted that she never share this kind of post but she thought her return to the show came at the time when the lockdown has been lifted.

“[The] reason I thought I’d write about this here even though I don’t think I’ve ever posted about anything like this is that me going back on screen has timed exactly with us all emerging from lockdown…” the actress explained.

She asked if many people are feeling anxious over socializing with people again after months of being cooped up in their homes. The actress understood their feelings given that many have not yet been vaccinated and they don’t want to get the disease.

“Surely the majority of people are feeling some anxiety around socialising again?” Hill asked.

“Some people are understandably anxious because they’re not vaccinated yet and don’t wanna get/ spread the virus,” she added.

She added that some people may feel a bit rusty on socializing and that’s why there are a few that end up saying or doing silly things when other people are around.

“Add to that the fact that absolutely shit all has actually happened in the last year (apart from really awful loss/ trauma for so many) so knowing that your chat is going to be utterly baron aaaaaaand you’ve got a recipe for anxiety,” Hill explained.

The actress concluded her post by saying “Anyway. Point being- I feel y’all, I love y’all, and we’re all mad anxious and awkward together.”

“EastEnders” executive producer Jon Sen is happy to have Maddy back on the soap. It seems like a lot of exciting things are in store for the character. He teased that there will be a lot of mystery about her return. Plus the fact that her family has struggled last year and she’s got a lot of catching up to do.

Be sure to catch up on everything happening with Eastenders right now. Come back here often for Eastenders, spoilers, news, and updates.