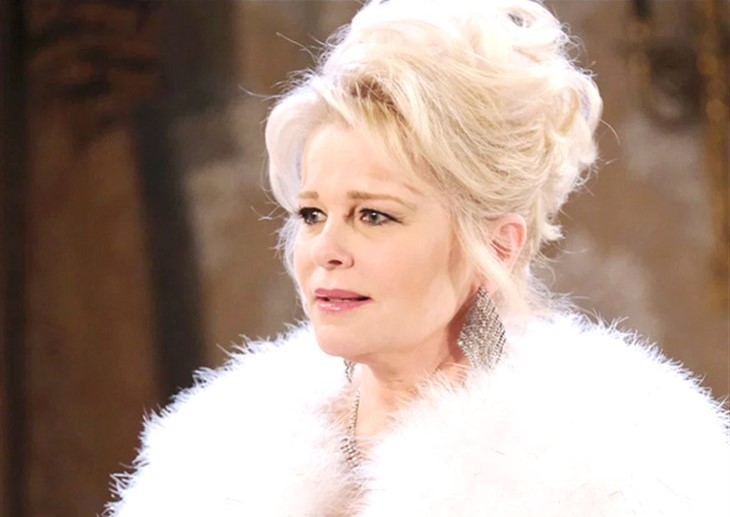 Days Of Our Lives Spoilers – Will Bonnie’s Past — And Present — Come To Light?

Bonnie (Judi Evans) was so desperate to make sure her sister-in-law, Calista Lockhart (Cady Huffman), never reveals any murderous secrets that she snuck into Xander’s hotel room and stole the million bucks that belonged to EJ DiMera (Daniel Feuerriegel). EJ is furious and Xander (Paul Telfer) is perplexed, but he quickly realizes what happened to it. Bonnie was there and she had to have stolen it.

With Calista now dead thanks to a gun pillow fight in the Kiriakis mansion, things are about to get even dicier for Bonnie. How could she let this happen and how will she ever get out of this mess?

Things may go even further wrong when Justin (Wally Kurth) makes a shocking discovery right before the ceremony. Who wants to bet it’s the very dead body of Bonnie’s long-lost sister-in-law. Will Bonnie’s troubles ever end?

DOOL Spoilers – Gabi Hernandez And Jake DiMera Have A Plan

Jake (Brandon Barash) and Gabi (Camila Banus) are determined to get back into the corporate world and out of Rafe’s (Galen Gering) house, although the house thing is perplexing since she owns the DiMera mansion. But now they are thinking about Titan and not DiMera Enterprises.

Jake is not getting what he wants out of Philip (Jay Kenneth Johnson) so he and Gabi decide they are going to spy on Philip and see if they find anything they can use against him in order to get their way. Philip has a lot of skeletons in his closet, so they have to find something, right?

Days Of Our Lives Spoilers – Salem Is Out Of Sorts

Now, DAYS is not doing another time hop, but on Wednesday it might feel like the soap went back in time when Paulina (Jackee Harry) asks Lani (Sal Stowers) and Eli (Lamon Archey) to have breakfast. On Days of Our Lives: Beyond Salem, they are already in Miami for this breakfast, but two different DAYS series have put programming out of whack, so the audience is asked to just go with it. Stay tuned to Days of Our Lives weekdays to see how these stories play out.