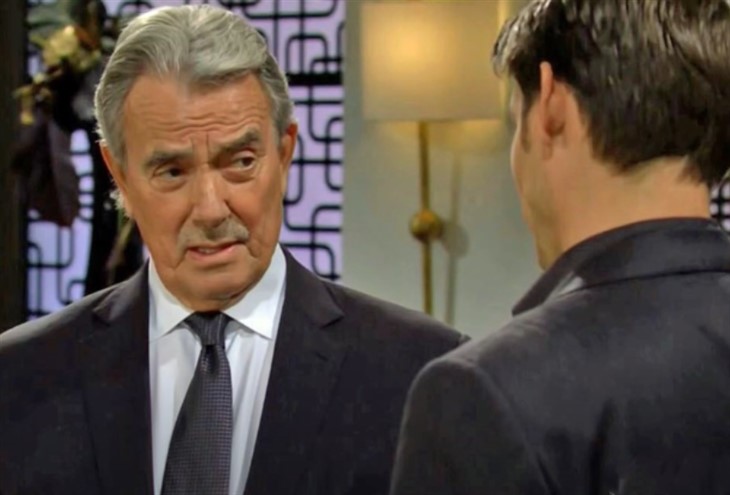 The Young and the Restless (Y&R) spoilers for Wednesday, September 8, 2021, reveal The Great Victor Newman trying to run Adam Newman’s life once again.

The Young And The Restless Spoilers – Victor Newman Takes Charge

Victor (Eric Braeden) may not have made a big deal about Adam (Mark Grossman) walking into the Newman Media party with Sally Spectra (Courtney Hope) on his arm when it happened, but he’s about to make a big deal of it now.

He gives his son some advice — or maybe even orders, if we know Victor — and tells him not to mix business with pleasure, meaning do not get involved romantically with that fiery redhead who did nothing but cause trouble for his precious granddaughter, Summer (Hunter King).

Will Adam heed his father’s advice or will he prove once again he is as stubborn as Victor and continue to get deeper involved with Sally? He’s already been warned to stay away from her by more than once person, which might just add to her appeal.

It’s obvious that Mariah (Camryn Grimes) is a hot mess after being locked up alone for weeks and giving birth to a child she just had to hand to Abby (Melissa Ordway), but has anyone thought about how Devon’s (Bryton James) been feeling? After all, he is the biological father of little Bowie Dominic and the man who is supposed to be his legal father has been MIA since before the baby was even conceived.

On Wednesday, he discusses his feelings about the surrogacy situation with Lily (Christel Khalil)? Is he having second thoughts about giving up all rights to the child?

Nate Hastings (Sean Dominic) is clearly the favorite doctor of the rich in Genoa City. Victor trusted him enough to let him help him fake his own death and now Ashland Locke (Richard Burgi) has given him a whole lot of money. Ashland also has a request of Nate.

What could it be? Does he want him to become his private doctor just like he is Victor’s private doctor? Would that be a conflict of tycoon interest? Stay tuned to the Young and the Restless weekdays to see how these stories play out.