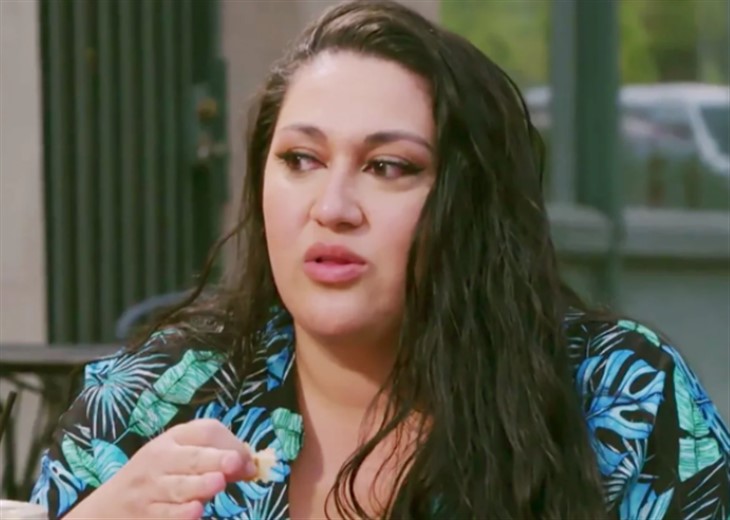 90 Day Fiance star Kalani Faagata continues to clash with her sister-in-law, Tammy Acosta. The wife and sibling of Asuelu Pulaa are still far from making peace with each other, especially with all the drama surrounding them.

It seems Kalani Faagata is still not getting on the good side of Asuelu Pulaa’s family. The 90 Day Fiance star continues to have bad blood with her in-laws, as seen in the latest season of Happily Ever After.

Kalani has been putting efforts into establishing a good relationship with her husband’s mother, Lesina, and sister, Tammy. However, it’s quite challenging for her, especially with the way they’ve been treating her since day one.

In a previous episode of 90 Day Fiance, Kalani decided it’s still best for Asuelu his family before they go back to Samoa. However, she made it clear that she’s not the most excited about it. At one point, she even called Tammy the “Grinch,” adding that she might ruin the holidays for the whole family.

TLC 90 Day Fiance Spoilers –  Is Asuelu’s Family Is All About Money?

Asuelu Pulaa’s family has been very vocal about their stand when it comes to finances. They think the 90 Day Fiance star should still provide money for them despite having a wife and kids.

In a previous episode, Lesina even made it clear that she wants her son to prioritize her, adding that she doesn’t really care about his kids. This triggered not only Asuelu but Kalani as well.

At one point, Lesina even threatened to take Asuelu back to Samoa and demanded Kalani to divorce him. Still, the couple fights for their marriage for the sake of their two sons.

It seems the drama between Kalani Faagata and Asuelu Pulaa’s family is still far from being over. In the latest episode of 90 Day Fiance, the reality star clashed with Tammy Acosta once again.

Asuelu’s sister and mother unleashed their feisty side again, aggressively shouting at his wife and family during a family visit. Kalani’s sister, Kolini, is done with their antics, telling them she’s had enough.

That’s when Tammy stood up, seemingly ready to attack the sisters. But before she could even lunge toward Kalani and Kolini, Asuelu managed to stop her. He grappled his sister and shoved her out of the house.

Will the family be able to make peace before it’s too late? Or will the drama continue to intensify? Tune in to find out. Keep checking Soap Opera Spy for more 90 Day Fiance spoilers, news, and cast updates.