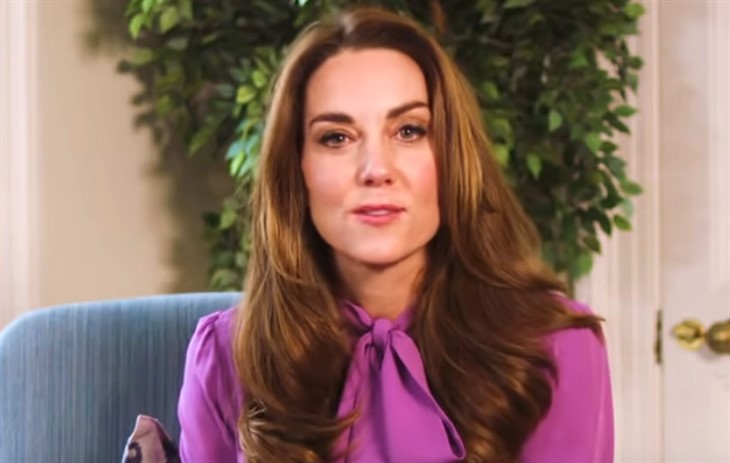 Kate Middleton news reveals two of the Duchess of Cambridge’s beautiful art is going to be included in an Imperial War Museums show.

Duchess Catherine has certainly proven herself a worthy photographer with the recent family portraits she’s taken, including one of 8-year-old Prince George smiling happily on top of a Land Rover (a subtle nod to Prince Philip who passed away in April aged 99).

Her photography portfolio further ranges to include portraits of her only daughter Princess Charlotte, 6, her youngest child Prince Louis, 3, her late grandfather-in-law Prince Philip and even of others less familiar to the Duchess. She takes great pride and joy in the work she does behind a camera lens and is partially devoted to snapping human beings.

Kate Middleton is also enthusiastic about art and sneaks in visits to museums to admire their displays whenever she can.

The Duchess may not be expecting the honor that has been bestowed on the pictures when she took them back in 2020, but she’s excited that they could be a part of the exhibition.

In January 2020, Catherine photographed Holocaust survivors Yvonne Bernstein and Steven Frank, along with their grandchildren. These heartwarming pictures are now on display to the public.

The two portraits, which were taken by the Duchess of Cambridge at Kensington Palace, were selected to be a part of a photography exhibition at the Imperial War Museums in London, “bringing together over 50 contemporary portraits of Holocaust survivors and their families.”

In honor of the announcement, the thrilled Duchess posted a new, behind-the-scenes photograph of herself with Frank and his beautiful granddaughters on social media.

Kate Middleton wrote that she is “honored” to have her portraits included in the exhibition and also explained what the exhibition’s goal is.

“Displayed for the very first time, these powerful photographs capture the special connections between Holocaust survivors and the younger generations of their families, and remind us of our collective responsibility to ensure their stories live on,” she shared.

“The photographs present a group of survivors who made the UK their home after beginnings marked by unimaginable loss and trauma,” Catherine continued. “While offering a space to remember and share their stories, these portraits are a celebration of the full lives they have lived and the special legacy which their children and grandchildren will carry into the future.”

The Royal Photographic Society, Jewish News, and Holocaust Memorial Day Trust were the three organizations that originally invited the Duchess to take part in the project, which is done to mark the 75th year since the end of the Holocaust last year.

During the time Catherine took the pictures, she also chatted with Frank and Bernstein about the challenges they faced back then because of their beliefs. After hearing their stories, Catherine described them as “two of the most life-affirming people that I have had the privilege to meet.”

“They look back on their experiences with sadness but also with gratitude that they were some of the lucky few to make it through,” she said. “Their stories will stay with me forever.”