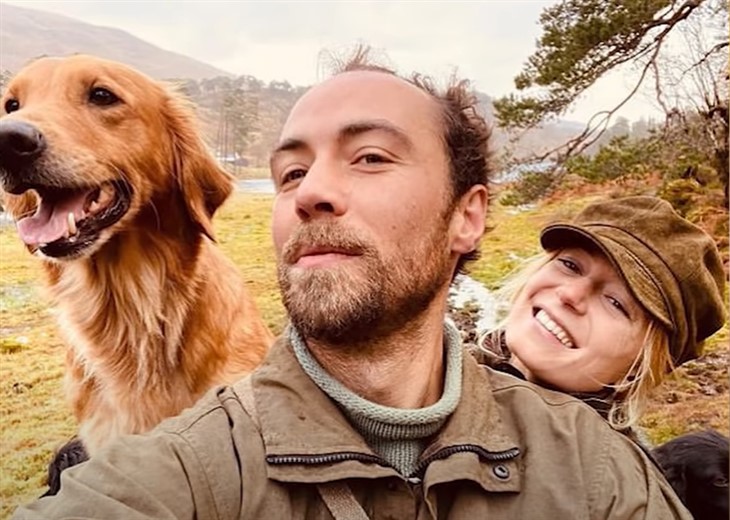 What a happy moment for James Middleton and his family (including Alizee and her family, duh)! The Duchess of Cambridge’s younger brother tied the knot with his long-time girlfriend French financial analyst Alizee Thevenet in an intimate ceremony that took place in southeastern France on Saturday.

James Middleton broke the news of his wedding on Instagram with a picture featuring the newlyweds and, of course, Mabel, because, what kind of wedding would it be without a couple of dogs?

“Mr & Mrs Middleton ❤️🇬🇧🇫🇷. Yesterday I married the love of my life surrounded by family, friends and of course a few dogs in the beautiful village or Bormes-les-Mimosas. Words cannot describe how happy I am ❤️,” he wrote.

A royal insider confirmed that Prince William, Duchess Catherine, and their three children – Prince George, 8, Princess Charlotte, 6, and Prince Louis, 3 – traveled to France in order to be a part of the intimate ceremony.

Amongst the guests were Kate’s parents, Carole and Michael Middleton. Pippa Middleton, her husband James Matthews and their two children – Arthur and Grace Matthews, also traveled to be a part of the event.

It is expected that the trip to France could be the last of the kind that the Cambridges will take this summer as their children return to school and Prince William and Kate return to their royal duties after the short break. The royal couple also recently visited the Queen at Balmoral Castle.  Pictures of the Cambridges at the wedding are yet to be released.

James Middleton Thanks Pup For Bringing Him Happiness Through Wife Alizee

The newlywed couple – James, 34, and Alizee, 31 – became engaged in September 2019, but were forced to postpone their wedding as a result of the pandemic.

Per a report by PEOPLE, the couple met in the summer of 2018 at the South Kensington club. According to what we learnt from James Middleton, the two were actually introduced by Ella. Who is Ella, you might be asking. Well, Ella’s a cute and thoughtful cocker spaniel who also lends her name to James’ dog wellness company, Ella & Co.

“She was the one who introduced me to Alizee, she supported me during my experience with clinical depression, she has kept me young & active and is the driving force behind my motivation to launch @ella.co,” he wrote on Instagram on his birthday this year.

The pair made two attempts at getting married before finally having their nuptials this Saturday. Alizee, who is a big animal lover too, and James are parents to a lot of dogs.