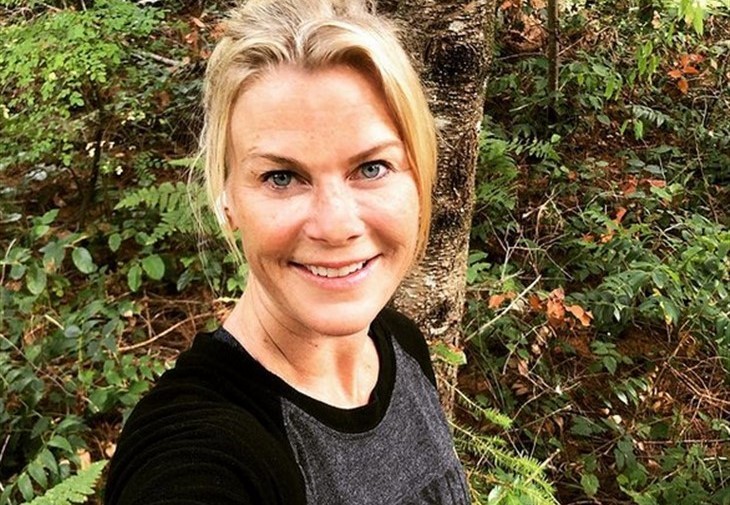 Days of Our Lives spoilers and updates tease that Alison Sweeney shared a photo of her on the set of her upcoming Christmas movie. The actress may be absent from the daytime soap but she’s keeping herself busy with her other projects.

In an Instagram post, Sweeney posted a behind-the-scenes photo of her behind the camera looking excited. She captioned the snap, “Bringing Christmas cheer to you! So excited for this Christmas movie. And the Monday motivation is inspiring us all!”

The actress didn’t provide that much information about the movie that she’s currently filming. However, she did include a hashtag, Open by Christmas. It still remains unclear if it’ll be part of Hallmark Channel’s Christmas movie lineup for the upcoming Countdown to Christmas. The event is scheduled to begin on October 22.

Days Of Our Lives  – Alison Sweeney’s Last Scene On DOOL

Sweeney was last seen as her alter ego, Sami Brady on Days Of Our Lives last Wednesday, August 11. Fans may recall that she was standing outside Rafe’s place when someone chloroformed her. Back then, her affair with Lucas Horton (Bryan Dattilo) was just revealed. EJ DiMera (Daniel Feuerriegel) claims that he doesn’t know where his wife is but Marlena (Deidre Hall) and Allie Horton (Lindsay Arnold) said they both got a text from Sami saying that she needs to be alone. 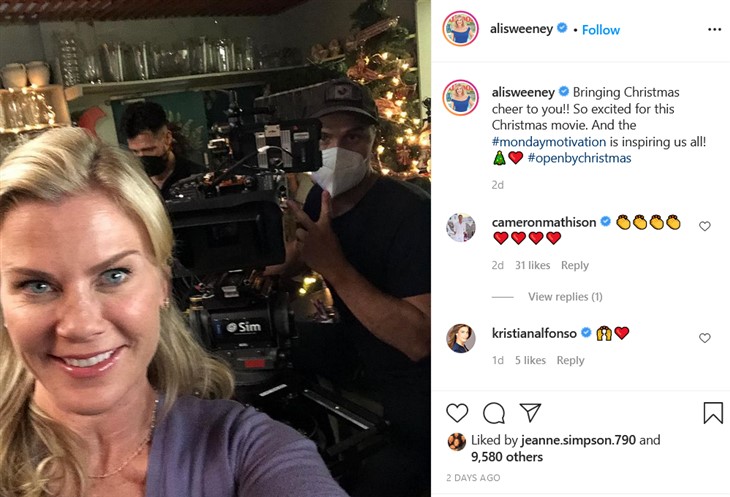 Now that Justin Kiriakis (Wallace Kurth) is Bonnie Lockhart’s (Judi Evans) lawyer, he’ll start demanding that she tell the truth. As she walks down memory lane, fans will see flashbacks on how Harrison Lord (Kevin Sizemore) died and about Calista Lockhart (Cady Huffman). She’ll admit that she pointed the gun at him. But she only intended to scare him, not kill him.

But things went terribly wrong, which resulted in his death. Bonnie will also explain Xander Cook Kiriakis’ (Paul Telfer) stolen cash. After sharing her story, Justin will decide that she’s telling the truth. She’ll also learn about Calista’s threats to Bonnie before she got shot.