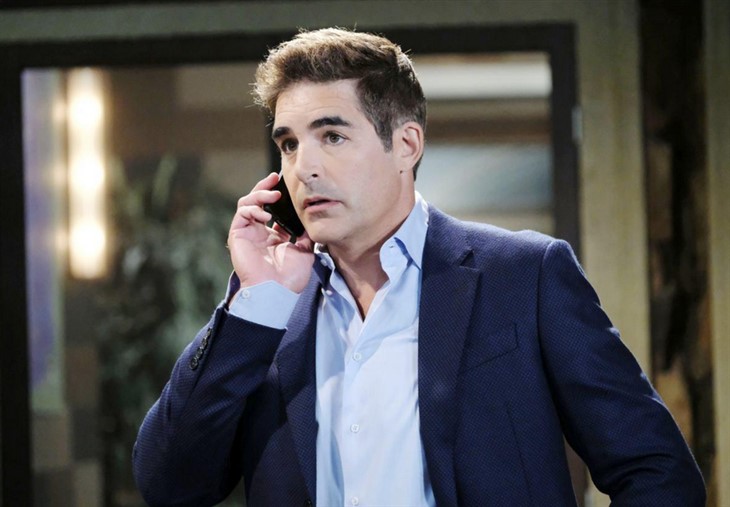 Days of Our Lives fans are wondering if there could be another big exit coming up. Rafe Hernandez (Galen Gering) has a loyal fan base. Due to recent storylines, there are some viewers that are concerned about his future. So, is Rafe leaving Days of Our Lives? Keep reading to find out the answer to that question.

Days Of Our Lives Spoilers – About Galen Gering’s Character

Many DOOL cast members have left over the years. So, fans are always nervous when there are indications that their favorite character could be leaving. Gering was introduced as suave FBI agent Rafe Hernandez, who was forced to work with the “police princess.” Eventually, Rafe got a job as a detective with the Salem police department and is now the commissioner.

Gering was introduced in October 2018 but announced he filmed his final scenes in February 2020. Then, in August 2020, Galen was confirmed to return to the NBC soap. Other cast members also announced their returns around that time. Gering was part of the biggest group of cast exits in the soap’s history. It stemmed from delayed renewal negotiations which had actors worried about their jobs.

However, a few others cited other reasons for leaving, such as Kristian Alfonso (Hope Williams Brady).

Right now, there is a love triangle for Rafe on Days of Our Lives. Spoilers indicate that even though Nicole Walker (Arianne Zucker) is with EJ DiMera (Dan Feuerriegel), she could have a change of heart. Not only is Sami DiMera (Alison Sweeney) returning, but it doesn’t seem like Rafe and Ava Vitali (Tamara Braun) will work out. Fans are expecting Rafe and Nicole to get together at some point in the near future.

DOOL Spoilers – Is Rafe Leaving Days Of Our Lives

So, is Rafe leaving Days of Our Lives? Although shocking exits do happen, it looks like Gering is staying on board. Without him, there could be no “Racole,” which has been teased for months. Of course, plans change all the time but it’s a safe bet that Rafe is going to continue staying in Salem. The question is, what will be his storylines in the future? What happens after the love triangle is resolved?

Rafe is the police commissioner right now, so there should be plenty of criminal cases for him to solve. Plus, it looks like Ava might revert back to her old ways, so we will see how Rafe handles that. Plus, with Ciara Brady Weston (Victoria Konefal) pregnant, could Hope Brady return or be recast? Rafe and Hope have a history together, so that certainly would make an interesting new love triangle.

What do you think of Galen Gering’s character on DOOL? Are you concerned about if Rafe’s leaving Days of Our Lives?

B&B Spoilers: Thomas Pours Out His Feelings To Paris