B&B Spoilers: Thomas Pours Out His Feelings To Paris 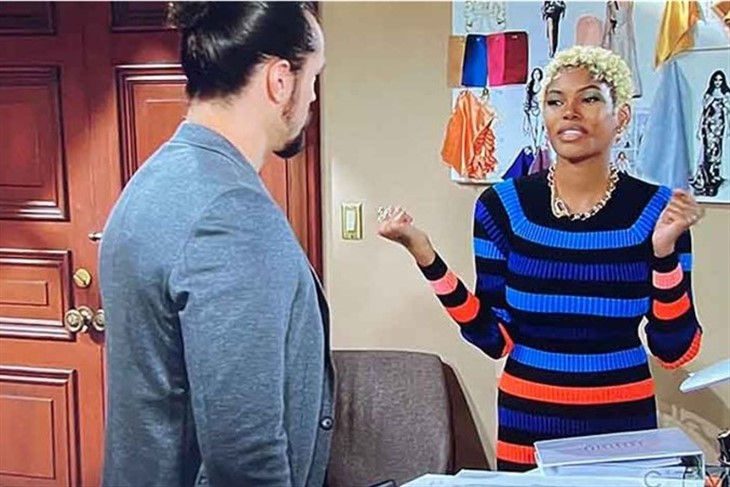 The Bold and the Beautiful spoilers for Friday, November 19, 2021, reveal Thomas deciding to be honest rather than deceitful and manipulative when he wants a woman. What a switch

Thomas Forrester (Matthew Atkinson) typically plays games when he wants someone and those games can be dangerous. But those games apparently also came from a brain injury and now Thomas is better so he is turning over a new leaf. And he has feelings for a woman who is not Hope Logan (Annika Noelle).

This time, he has it bad or Paris Buckingham (Diamond White). They are living together platonically, but Thomas wants so much more. The problem is Paris already has a boyfriend and it’s Thomas’s cousin, Zende Forrester (Delon De Metz). Thomas doesn’t want to hurt Zende but he can no longer contain himself and tells Paris how she feels. Is she shocked or does she just feign shock? And what will she do with Thomas’s big confession? Does she feel the same and is she ready to end things with Zende when their romance is still so brand new?

Li (Naomi Matsuda) demanded that Jack Finnegan (Ted King) tell their adopted son that only one of them is really his adoptive parent — and that Jack is really Finn’s (Tanner Novlan) father. Jack does not want to do this at all. It was bad enough just having to tell Li because Sheila Carter (Kimberlin Brown) practically ordered him to do so.

When Jack refuses to tell Finn he is his real father, Li decides she is going to make it happen anyway and puts her husband on the spot right in front of Finn and Steffy (Jacqueline MacInnes Wood). While they are confused, Li tells Jack he either says what he needs to say or she will do it.

And Jack thought he had it bad with Sheila’s orders. He better not defy his wife or she will do what she says she will do. This is starting to be a very difficult situation for poor Jack. Will he finally confess all? Stay tuned to The Bold and the Beautiful weekdays to see how this story plays out.

Days Of Our Lives Spoilers: The Lani And Paulina Confrontation You’ve Been Waiting For