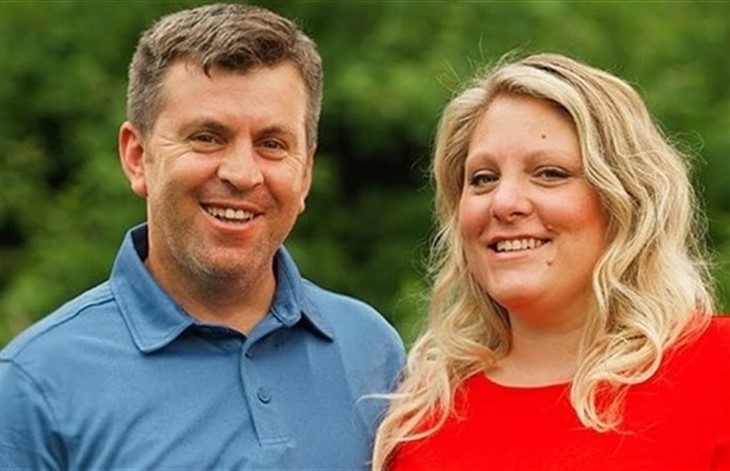 When Anna Campisi and Mursel Mistanoglu first starred on season 7 of 90 Day Fiancé, they quickly become fan favorites. Besides their crazy storyline and huge language barriers, the beekeeping couple retained that popularity throughout the show and went on to appear on an episode of 90 Day Diaries. Recently, a fan on Reddit spotted the pair, selling honey at a local craft fair in Omaha, Nebraska and praised them for helping the local community.

Anna, 38, from Nebraska, met Mursel, 38, from Turkey online. Even though neither of them spoke the other’s language, they quickly connected over their shared love for beekeeping. This led to Anna bringing Mursel to the US on a K-1 visa. However, Anna has three children from a former marriage and they weren’t too happy about her relationship with Mursel. For his part, he was worried about telling his Muslim family in Turkey, as he knew they wouldn’t approve of the relationship.

Due to their respective families’ concerns, they ended up splitting before the 90 days were up. However, it turned out the couple did get married two hours before Mursel’s visa ran out. The relationship is obviously still going strong, as they are living together in Nebraska and own a honey business, cutely named Beauty and the Bees.

A relative of a Redditor recently spotted the 90 Day Fiancé alums at a local craft show in Nebraska. Anna and Mursel were selling their honey to an enthusiastic group of customers. Meanwhile, the fan noted that the couple is “wonderful” and does a lot of good for their local community.

Their caption to the post read, “My family member was creeping and saw Anna & Mursel at a craft show this weekend she said they were very friendly. There were 100+ vendors so she couldn’t talk much. They’re honestly such a wonderful couple & do a lot for our community!”

Among the comments, other fans agreed, with one pointing out that TLC’s editing often makes people look bad. They wrote, “She helps a lot of homeless people in our town, makes them food, gives them a place to sleep, Anna & Mursel always go to community events the editing makes everyone looks bad but they’re actually so sweet!”

Another commenter agreed over TLC’s editing, writing, “The editing ok this show is nuts. The couples who seem well matched careen off of the cliffs like Wylie Coyote. And some of the sh*t shows end up with happy lives. I never thought that Devar and Melanie were solid and they are still going strong.” 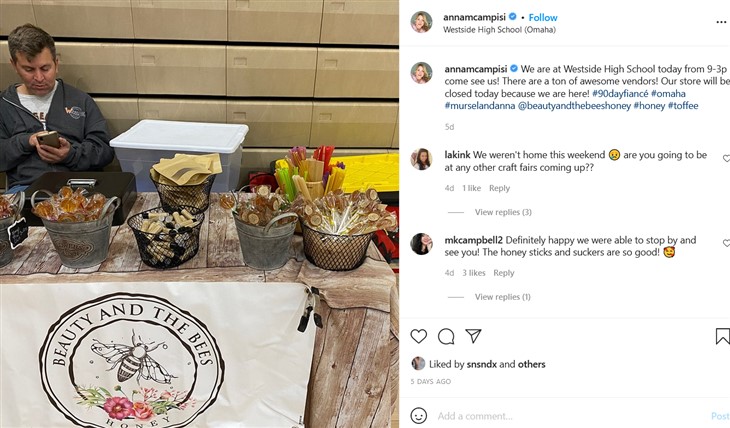 Yet another fan wrote, “Awww I’m so glad to hear that! In their updates, they seem really wholesome.” In a further comment, a fan wrote, “I always liked them on the show. I always thought their drama was way more scripted than anything and they genuinely seemed to have things in common. I’m glad I was proven right for once!”

Many fans made it known that they would like to see more of Anna and Mursel on the TLC reality show. However, it doesn’t look like they have any plans to return to the small screen. In recent rumors about the couple, it was said they are planning to have a baby together. Meanwhile, with no hints on their social media, it is unsure whether this is true.

Whatever the case, it is always good to see couples from the 90 Day Fiancé franchise living a happy and fulfilling life, while helping out their local community.