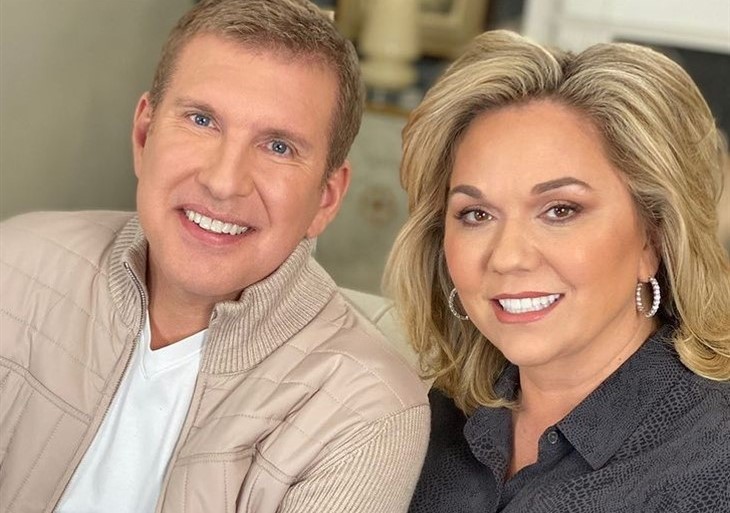 The two shows don’t run concurrently so, while one is running, fans are often left wondering if the other one may have been canceled.

Growing Up Chrisley premiered two years ago in 2019, with its third season hitting the small screen in August of 2021.

When the Growing Up Chrisley first aired, the synopsis was that Chase and Savannah Chrisley were set to embark on a journey across the United States in order to prove to themselves and their parents that they were independent adults and could handle adulting.

In the third season, the duo left Los Angeles, which is where they filmed the first two seasons, and head closer to their home in Nashville.

With the show no longer centered on the original synopsis where the two Chrisley siblings embark on a journey to prove themselves, adults.

With that change came speculation that perhaps the show would be canceled.

Another spinoff of sorts is a Todd and Julie Chrisley podcast called Chrisley Confessions which aired its first episode in 2018.

In the podcast, Todd and Julie keep fans apprised of their ongoing legal battle with the Georgia Department of Revenue.

The couple was charged with tax evasion in 2019 and since then there have been many battles between the reality TV couple and numerous representatives of the GDOR with one employee even suing the couple for libel after they defamed them on social media.

While they have made progress in clearing their name, they are still facing tax evasion charges at the federal level.

In the meantime, Chrisley Knows best is still thriving.

The big question swirling in fans’ minds is: In the midst of all this controversy, will Growing Up Chrisley see a fourth season?

We’re sorry to say that, to date, there have been no new dates set for a fourth season of the popular reality TV series.

We can safely assume that they’re simply on a break and the new season just hasn’t been announced yet.

Fears of Growing up Chrisley’s cancelation due to legal troubles may be misplaced anyhow as the show that would indeed be canceled should the legal trouble become too much would be Chrisley Knows Best.

So, sit back, relax, and catch yourself some Chrisley Knows Best Thursdays at 7:30 PM Central on the USA Network. Be sure to catch up on everything happening with USA Network right now. Come back here often for Christley Knows Best spoilers, news, and updates.