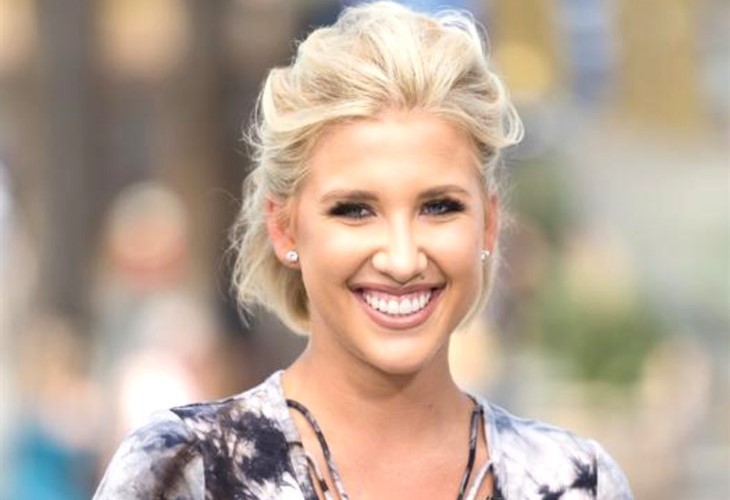 Chrisley Knows Best spoilers come in teasers on Instagram, and a recent one revealed that Savannah has a weird sense of geography. Mind you, it’s not an unreasonable one if fans think about it. In the teaser, the owner of Sassy by Savannah joined in while her dad Todd helped with Chloe’s education. Well, between her and Nanny Faye, young Chloe looked very confused.

In the current season on the USA Network, fans see a lot of Grayson. They learned that he obtained a permit to drive. Plus, he worked a summer job. Actually, he hated that his friends got to hang out while he worked. Then, he told his brother Chase that he works so hard he never gets the time to spend the money he earns. Being realistic, his older brother told him that in life, things don’t get better. Other scenes involve Chase and Savannah. Of course, Chloe’s not forgotten.

Chrisley Knows Best fans know that Chloe is not the actual blood sister of Chase and Savannah. In fact, Todd and Julie Chrisley took her in and her real dad is Kyle. However, they raise her as their own daughter, and she’s very much a part of Todd’s family and the show. Fans enjoy seeing the bright-eyed little girl as she clearly inherited some of Savannah’s sassy attitude. Hopefully, she doesn’t acquire Savannah’s quirky attitude to geography, as well.

The teaser from the USA Network revealed that Todd tried to help Chloe learn about Geography. For some reason, Nanny Faye and Savannah were there. As you can imagine, Nanny Faye had a lot to say about geography and education. In fact, Todd suggested that Chloe just stays away from the two women. Clearly, they won’t help her learn the subject. In fact, it looked like Savannah thought Chicago was somewhere in Pennsylvania. Meanwhile, Chloe was way off. 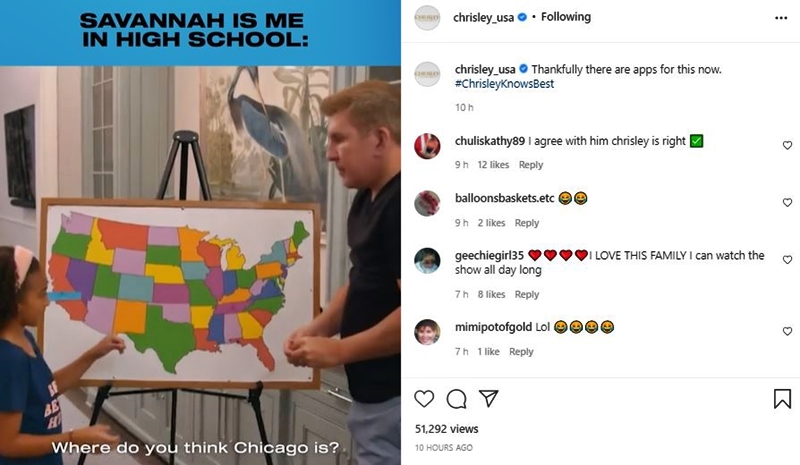 Chrisley Knows Best fans also saw that Chloe became very confused after Nanny Faye suggested that Chicago was in Washington. Finally, as nobody seems to be able to help Chloe identify where Chicago is on a map, Savannah gave he little sister some amusing advice. She said, “Chloe, you don’t have to actually know,” adding, “All you gotta do is jump on a plane and say ‘take me there.” Most fans who saw the clip thought it was very funny. However, one person seemed grumpy, noting, “That’s sad, adults saying that to a child who is trying to learn the states.“

One fan agreed that Todd was right to tell Chloe to stay away from Savannah and Nanny Faye. They wrote, “I agree with him chrisley is right ✅.” Meanwhile, a lot of other fans simply posted up, “😂😂😂😂.“