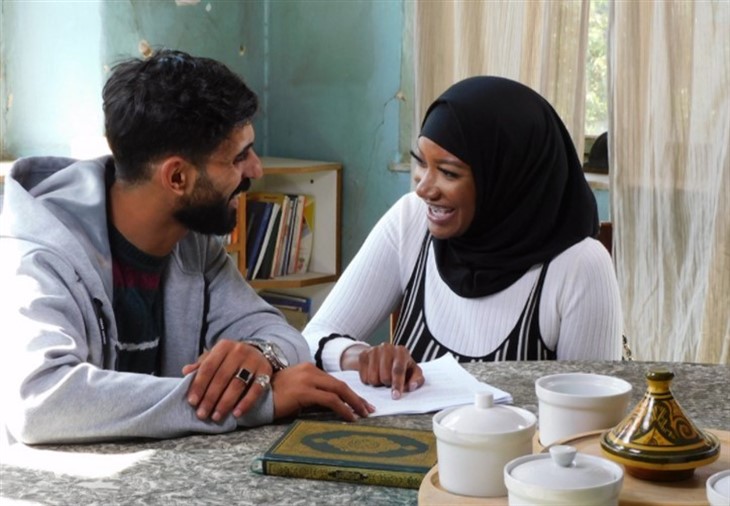 TLC ’90 Day Fiance: The Other Way’ spoilers document that Brittany Banks and Yazan Abu Hurira are capable of reaching a compromise. However, both sides must be willing to adjust their thought process in order for that to happen.

When viewers last her, Brittany was jetting to Chicago, Illinois. She claimed the trip was purely based on wanting to be with her sister, who just had a baby. However, fans know that Brittany’s main goal was to finalize her divorce proceedings and that she didn’t want to create a further stir within Yazan’s family by detailing her plans.

It would seem, based on all that’s happened on the show to-date and what fans have learned through Yazan and Brittany’s social media accounts, that these two people aren’t going to become a couple. But there are various ways that the end of the current season can play out.

Yazan was saddened by Brittany’s sudden departure from Jordan. He sensed that she was withholding information from her. His instincts were, of course, right.

It wasn’t a surprise when fans saw Yazan speaking passionately with Brittany through a video chat in a teaser for the series return. He feels that she’s manipulating his emotions. Yazan simply wants to know the truth so he’s able to make a full determination as to whether they’ll have a future together, or not.

Uncle Ibrahim was crucial to Yazan’s family peace plan. He served as a voice of reason peacemaker, telling Yazan’s parents that they should want time for their son so that he and they could make a balanced decision. Why rush something as serious as marriage?

Rather than being asked to immediately agree to adopt 90 Day Fiance Yazan’s culture in full, Brittany was afforded extra time. Her father is expected to come to Jordan in the near future. That’s the calendar mark when Yazan and his family feel an answer can be determined.

Whether Brittany agreed to the above as a way to gain extra time, while never intending to accept the conditions Yazan and his family are requesting, is something only she knows. Possibly Brittany is returning from Chicago with the true intent of seeing if marriage is possible.

90 Day Fiance – Building A Friendship Toward Marriage, Or Not?

Brittany and Yazan haven’t fallen in love with each other. Yazan is far more smitten with Brittany than she is with him.

Based on her demeanor, Brittany appears to be very fond of Yazan. But, as viewers have learned when she’s spoken directly to the producers, with the audience serving as listening ears, she isn’t interested in changing her core beliefs.

Whether Brittany waits for her father’s arrival, or not, she’ll need to tell Yazan exactly how she feels. If she wants to marry him, then significant adjustments in her lifestyle will have to happen. Otherwise, the compromise would be that they hopefully part as friends.