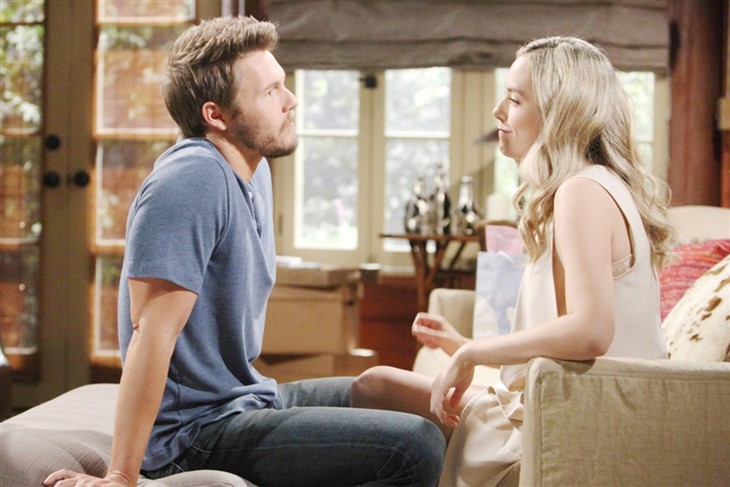 The Bold and the Beautiful (B&B) spoilers reveal that Liam Spencer (Scott Clifton) continues to fall apart. He is trying to keep up appearances and not let Hope Logan Spencer (Annika Noelle) know the truth. However, that is who actually reminds Liam just how much he stands to lose if the truth ever comes out. He will attempt to step up his facade but that could be his downfall.

The Bold And The Beautiful Spoilers – Liam Spencer’s Facade

B&B spoilers reveal that Liam is overwhelmed with guilt over what happened to Vinny Walker (Joe LoCicero). Bill Spencer (Don Diamont) has taken extreme measures in order to protect Liam. However, Liam is having a hard time accepting his father’s help. He really just wants to come out with the truth and feels nothing will be right until he does. In the meantime, he is taking his father’s advice but his world will continue spiraling downward.

Last week, Thomas Forrester (Matthew Atkinson) sent out a tribute video in honor of Vinny. Liam freaked out when Hope played it on her computer. However, that won’t be the only thing that Liam will have to grapple with. Next week, Thomas attacks Bill and blames him for murdering Vinny. Even if Liam doesn’t witness this, he will likely hear about it from Wyatt Spencer (Darin Brooks), who witnesses the shocking confrontation.

The Bold And The Beautiful Spoilers – Hope Logan Spencer’s Reminder

The Bold and the Beautiful spoilers reveal that Hope will remind Liam just how much he has to lose. No details were given by Soap Opera Digest besides the statement. However, we have to imagine that Hope will begin to suspect that Liam is keeping another secret from her. She will either tell him what will happen if she learns of another secret. Another possibility is that Hope relays Thomas’s threats about how he’ll get justice for Vinny. In any case, Liam will discover that Bill was right about everything and he needs to keep this a secret forever.

The Bold And The Beautiful (B&B) Spoilers: Flo Caught In Quinn’s Lie, Must Choose Brooke Or Shauna? https://t.co/Z3G6BK7ax8 pic.twitter.com/SLk60KkcZT

It is teased that due to Hope’s words, Liam will feel that it’s necessary to ramp up his facade. However, it is also stated that during May Sweeps, Liam will spiral down like a tornado. So, it seems the harder that Liam tries to cover up the truth, the worse that his downfall will be. What could be Liam’s final breaking point? When the truth finally comes out, will Hope be able to forgive him, or could “Lope” be over for good? We will have to keep watching the CBS soap to find out what happens next.

Be sure to catch up on everything happening with B&B right now. Come back often for the Bold and the Beautiful spoilers, news, and updates.