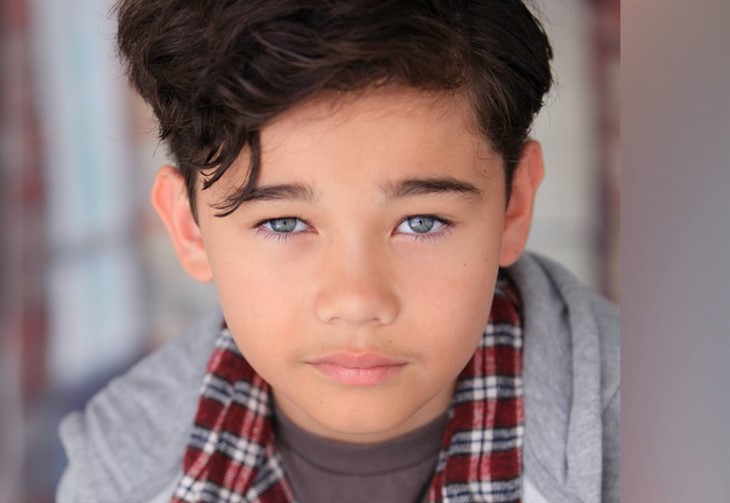 Days Of Our Lives (DOOL) spoilers and updates tease that Ian Nunney joins the cast of the daytime soap as Bo Brady Weston. The young actor portrayed the role of Ben Weston (Robert Scott Wilson).

Viewers may recall that Ben isn’t keen on having a baby for good reason. He doesn’t want to pass on his bad genes and bring an evil child into this world. Of course, Ciara Brady Weston (Victoria Konefal) was disappointed and hoped that Ben told her about this before they tied the knot. But Ben was truly scared that his child might turn out like him. Ciara tried to reassure him that it won’t happen and he’ll be an amazing father.

The conversation triggered something and later on, Ben had a terrible nightmare where his future son, Bo, strangled his babysitter. He and Ciara were celebrating their 10th anniversary on August 20, 2031.

When they got home, their son welcomed them by saying that he punished his babysitter for not letting him play with his daddy’s necktie. So he strangled his babysitter, whose body was left for dead at a nearby table. Ben woke up and lied to Ciara that he can’t remember what his nightmare was all about.

Ben will continue to worry about having a child. He doesn’t have many friends with whom he can share his fears with but Tripp Johnson (Lucas Adams) will be there to listen to him. As for Ciara, she’ll talk to Allie Horton (Lindsay Arnold) about motherhood. The latter will learn about Ben’s fears and encourage Ciara that things will eventually work out for both of them.

As for Brady Black (Eric Martsolf), he’ll learn about EJ DiMera’s (Dan Feurriegel) attempt to take Nicole Walker (Arianne Zucker) on a date. He’ll warn Nicole to be careful. Brady doesn’t understand why Nicole wants to put herself through this again. She already tried this route before and her relationship with EJ ended badly.

Meanwhile, Abigail DiMera (Marci Miller) learns about Gwen Rizczech’s (Emily O’Brien) hooker story from Jack Deveraux (Matthew Ashford). He’ll fill her in as to how Dr. Clay Snyder (Michael Lowry) blackmailed Gwen. But Abigail isn’t convinced. She has doubts about Gwen’s story and Jack will point that that she’s not thinking clearly because of her history with Gwen.