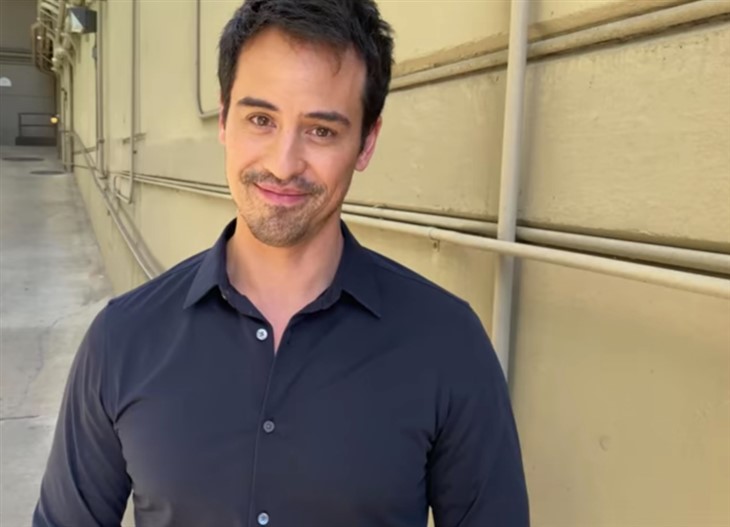 General Hospital spoilers indicate that Marcus Coloma (Nikolas Cassadine) will temporarily step away from the role for a brief moment. With Nikolas and Ava Jerome (Maura West) being in a front-burner story presently, Marcus will be replaced by Adam Huss on the September 29th episode.

General Hospital Spoilers – It’s Only For A Day

General Hospital’s Nikolas is only being recast for September 29th as far as we know. However, the absences of Marcus will certainly be noticed. Marcus stepped into the role of Nikolas when he returned from the dead after missing for three years. It is unclear why Coloma had to step away but with things heating up with the stalking case, it is very had for Nikolas to be missing for even a day. Nikolas is about to learn that his son, Spencer Cassadine (Nicholas Chavez) is the stalk that he accused him of being. Spencer is feeling extremely guilty and very, very, sorry for his actions. Unfortunately for Spencer, this is too little too late. Spencer had the opportunity to confess the night of his party and refused, now he can face the consequences.

GH Spoilers – Adam Hess Was Thrilled By The Experience

Adam, who is filling in at General Hospital posted on his Instagram account that he would be appearing as Nik. Adam also promised some juicy stuff. Adam says he got to work with some amazing folks including Ava (Maura West) and Scott Baldwin (Kin Shriner). Hess also said a big thank you to Mark Teschner and the crew as well. Although fans may not immediately recognize Hess, he is no stranger to daytime. Hess was a day player on Days of Our Lives in 2002. Hess was in several Bold and the Beautiful episodes in 2002, and Miguel’s impostor on Passions as well.

General Hospital Spoilers – Adam Hess Has Been On Nightime Too

Adam played Joshua Kantos on the Starz series, POWER. Hess has also appeared in NCIS, Las Vegas, and Everwood as well as movies such as Witness Unprotected, Killer Fiance, and another mother. Hess was very moved by his Instagram account, “You all melted my heart with the love and support and enthusiasm,” he responded. “This acting life ain’t always an easy road. So… thank you.” Perhaps after he plays Nikolas, soap executives may be able to find another role for Hess in the future.

He is lucky that his role at General Hospital has gotten him such raves in his comments. After all, soap fans are not an easy bunch to please. Soap fans often attack a recast when they appear on the show. Hess must be good at his job to receive such rave reviews before his appearance.

Days Of Our Lives Spoilers: Marlena Has A Shocking Dream – Allie Confused