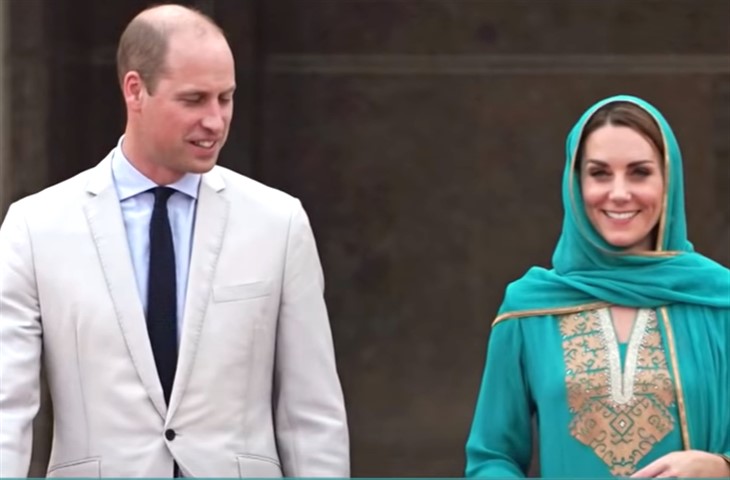 British Royal family news reveals Prince George celebrated his eight birthday last week, with the Duke and Duchess of Cambridge releasing a personal portrait to mark the occasion. The day was celebrated with lots of festivities and a special football-themed birthday cake. The year is a milestone one for Prince George, as traditionally, children in the royal family begin attending boarding school at that age. But for William and Kate, the proud parents of three seem to have changed the royal parenting game.

Prince George To Attend Boarding School Only If He Chooses

The Duke and Duchess of Cambridge have side-stepped many royal etiquettes in the bid to give their children as normal an upbringing as can be expected. Having chosen to raise their children away from the spotlight, William and Kate are putting their kids first. The royal parents aren’t completely averse to sending Prince George to a boarding school, however, they’re not sure the time is right.

According to a royal source who talked to Us Weekly, Prince William and Kate Middleton are open to sending Prince George to a boarding school, but they feel that eight is “a little young and want to wait until he’s older.” They’re also looking forward to making the decision as a family and want to give George a say on whether he goes or not. “They’d never force George to go unless he wants to and they feel it’s right,” the source explained.

Prince William and Kate aren’t sure if and when they’ll be sending George off to a boarding school, but they’ve reportedly done a bit of research in that area. Per reports, the Cambridges checked out boarding schools in Berkshire, which happens to be where Ludgrove School, Prince William’s alma mater, is located.

As of now, Prince George is content with his school, Thomas’s Battersea, and has settled into the routine there, along with making a few friends. As Thomas’s Battersea accepts students up to the age of 13, George could easily continue attending the school for the next few years.

Princess Charlotte is also enrolled at Thomas’s Battersea, which is another reason why George would feel an attachment to the school. The young princess began attending the school in 2019, though her first in-person school year classes were cut short as a result of the COVID-19 pandemic.

3-year-old Princess Louis started his first year of nursery school at a school in London last April, but it’s likely that he would be joining his older siblings at Thomas’s Battersea in a few more years.

Be sure to catch up on everything happening with the Royals right now. Come back here often for all Royal Family spoilers, news, and updates.