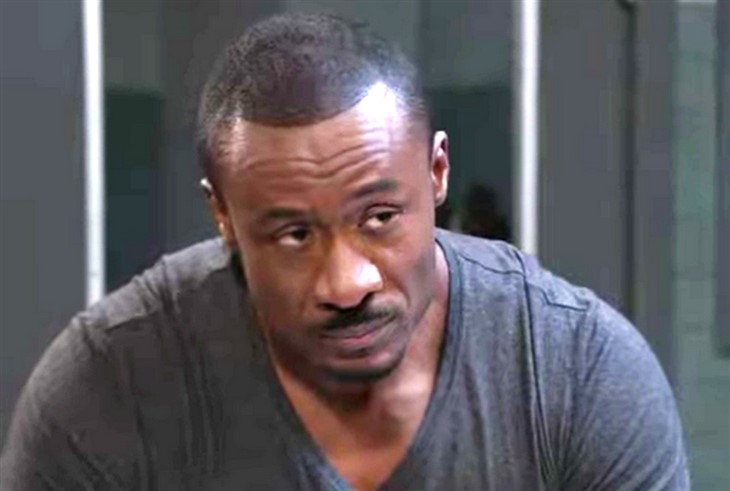 General Hospital (GH) spoilers tease that in Port Charles, NY Shawn Butler (Sean Blakemore) is a man on a mission. He spent years in prison for shooting Hayden Barnes (Rebecca Budig), a crime that he did not commit. As viewers know, Nikolas Cassadine (Marcus Coloma) hired the hitman that shot, and almost killed, Hayden. Not that Sean was innocent, he was actually at the scene of the crime to kill Drew Cain (then Billy Miller). Drew and Hayden have been linked since Hayden first turned up in Port Charles.

Hayden was hired to impersonate Drew’s wife so that Drew’s romance with Elizabeth Webber (Rebecca Herbst) would come to an end. The truth eventually came out, but not before Hayden made an enemy of Nikolas. Wanting to make sure Hayden kept her mouth shut about Drew’s true identity At the time, it was believed that Drew was actually Jason Morgan (Steve Burton) although this was later proven not to be the case. Nevertheless, Nikolas was the one who ordered Hayden killed. She survived, and later blackmailed Nikolas into marriage. Both Nikolas and Hayden disappeared from Port Charles eventually, with everyone believing Nikolas was murdered by Valentin Cassadine (James Patrick Stuart).

A few years passed, and Hayden returned to Port Charles, still married to Nikolas, who had pretended to be dead in order to take back the Cassadine empire from Valentin. But Valentin was on to Hayden, and Nikolas helped her leave town and she disappeared once again, never to be seen again. But Shawn wants answers, and has started looking for Hayden. But what if Hayden has found Drew once again? Could she be the key to bringing Drew back? Drew’s plane went down overseas and he has been presumed dead. But what if Hayden is with Drew. Could Shawn not only bring Hayden back to her family in Port Charles, but Drew as well? Monica Quartermaine (Leslie Charleson) would be thrilled to have Drew back, as would Sam McCall (Kelly Monaco).

Could Hayden and Drew be together? Will Shawn find not only Hayden, but also Drew? Will Nikolas finally pay for having Hayden shot? People go missing for years at a time in Port Charles, so stay tuned to General Hospital airing weekdays on ABC. And don’t forget to check back right here regularly for all your General Hospital news, information and spoilers!