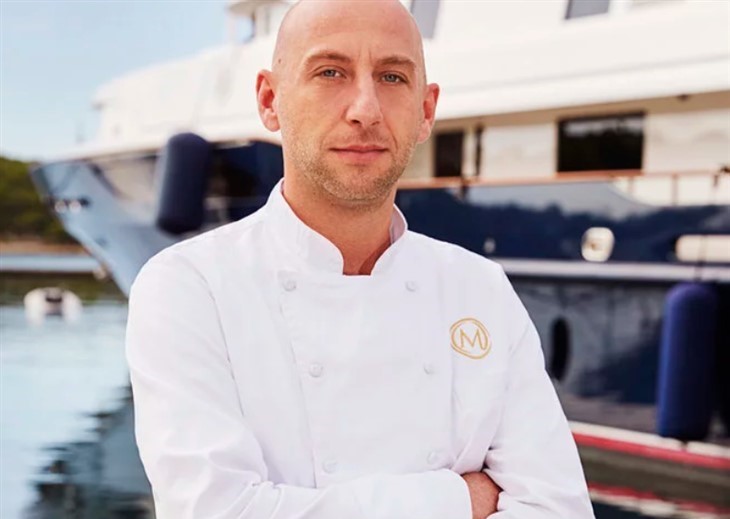 Fans will recall that on Monday night’s episode of Below Deck Mediterranean Chef Mathew was off his game once again, and again, Captain Sandy had to reflect on his character.

Well, now the drama is getting high as Chef Luka, who has been in quarantine for some time, is returning to the Lady Michelle and Chef Mathew may have a cause for concern.

Below Deck Mediterranean – ‘Coming To Meet The Captain’

In a recent Below Deck Med preview clip from Bravo, we see Captain Sandy Yawn standing on the bridge texting Chef Luka to come by the boat for a drink so they can meet one another. And excited chef Luka quickly answers with, “Can’t wait, Captain!”

Next, we see everyone getting dressed for a night out and then the camera cuts to some of the crew having a beer on the pier when none other than Chef Luka arrives, saying, “I’m coming to meet the captain.”

As fans know, when Matt recently returned to the Lady Michelle after quitting for the second time, Captain Sandy had told him that he was gone after completing one last charter and Chef Luka had returned from quarantine.

However, as the Below Deck Mediterranean chef managed to prove himself, yet again, and the captain decided to let the reality TV chef finish out the season.

At the time it appeared that the arrival of Chef Luka was no longer in the cards. Now things have changed.

Below Deck Mediterranean  – A Hearty Welcome From The Crew

In the preview clip for the season 6 finale airing October 18, at 8 PM Central we see that things are changing. When Luka arrives, he gets a hearty welcome from the deck crew and, later, Captain Sandy herself.

After the Below Deck Med captain asks, the chef how his stint in quarantine went, the chef intimates that staring at four walls for four weeks was not an easy thing to do.

Next, we see the chef going below to meet up with chief stew Malia White and Chef Matt. In a later interview, the chef explains that the situation was not a comfortable one.

Below Deck Mediterranean – Somebody is Sure to be Leaving

Fans may recall that this isn’t the first time that a crew member returning from quarantine has caused a commotion.

When Delaney Evans was brought aboard to help out the crew, she quickly causes conflict regarding her lack of experience despite what was listed on her CV. Delaney ended up only working one season on the charter and was let go. It seems likely that one of these chefs is going to be leaving the boat.

Tune in to Bravo on Monday at 8 PM Central to see what happens on Below Deck.