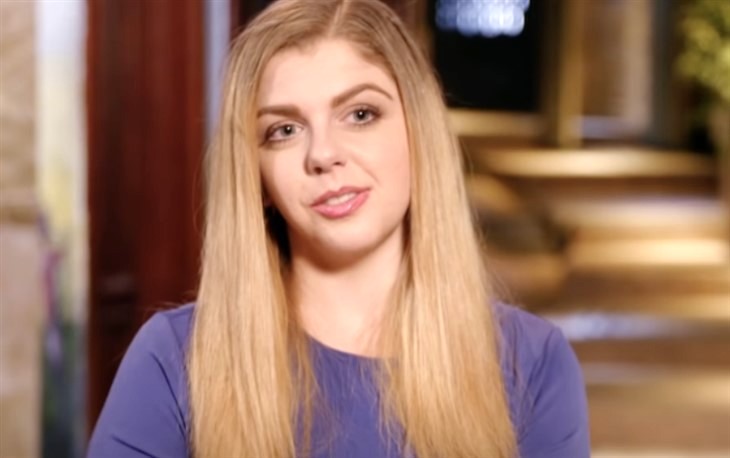 In a previous episode of 90 Day Fiancé: The Other Way, Ariela Weinberg and Biniyam Shibre took their baby son, Aviel, to the pediatrician. The couple had noticed a bulge in his groin area and was concerned. It turns out their son needs surgery, and preferably soon. In Sunday’s episode, Ariela and Avi arrive in New Jersey for the surgery and are met by her parents, Janice and Dr. Fred Weinberg.

90 Day Fiancé released a teaser clip on Instagram into the episode of Sunday, October 17. The scene opens with Ari’s mother, Janice, driving to the airport with Dr. Weinberg to meet their daughter and grandson.

Janice is understandably excited that her “baby is coming home with the baby.” It has been seven months since she and Fred has seen the family. Janice explains that it has been very difficult for her not to talk to Ariela all the time. The fact that she has to fly home for Avi’s surgery turns out to be a wonderful day for her mother.

As they arrive at the airport, Janice and Fred look for the best spot to pick up their daughter. Meanwhile, Ari’s mother says, “the best spot is wherever Ari comes out.”

As Ariela comes out of the airport, there is an emotional moment as both her mother and father hug her. They both then turn their attention to Ari, who has grown so much since they last saw him.
Fred reminds viewers that the only time he has seen Ari was when they were in Ethiopia in January. Ari’s mother laughs when he says he will “enjoy watching this little eight-month-old crawl, walk, babble, laugh, poop.”
Ariela then hugs her mother, telling her parents how good it is to see them and that they look great. As for Janice, she reminds Avi that she is his grandma, asking him if he recognizes her from her visit to Ethiopia so long ago and the video chats since then.

TLC 90 Day Fiancé Spoilers – What To Do In Jersey

Ari’s mom asks her what it feels like to be back and she says it feels “weird.” Ariela says how the air is different in New Jersey and its summer here. She says she never gets that feeling of summer in Ethiopia.

Janice asks Ariela what she wants to do first and she says there are so many things, but most importantly they must get Ari’s surgery done. She says after that she wants to hang out with her parents as much as possible, as well as the rest of the family. Her mom said they are going to have to fight over Avi, as everyone will want to give him attention.

The teaser closes with Ariela admitting she really wished Bini was with her, as that would have been a better experience. She gives him a call, and afterwards worries that being separated again could cause them a whole load of problems again.

Also catch this sweet moment as it happens on 90 Day Fiancé: The Other Way on Sunday at 8 pm ET on TLC.

Hannah Ferrier Tells How She Arrived On Below Deck Mediterranean