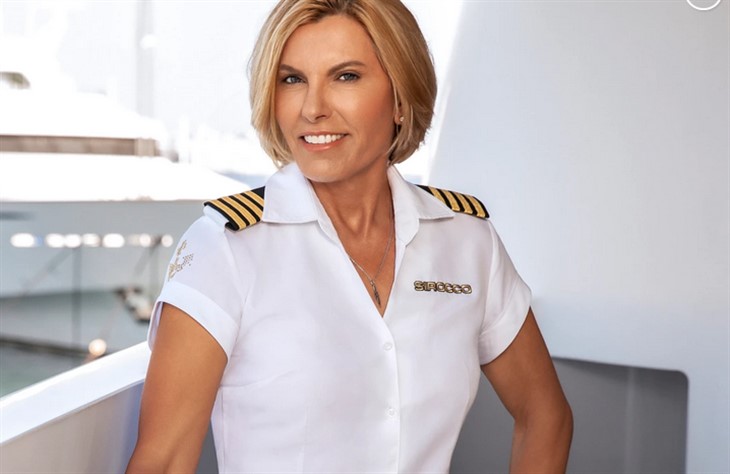 Below Deck star Sandy Yawn was promoting her Lead-Her-Ship Tour in which a ‘joke’ the captain made may have been edited or taken out of context.

Below Deck Mediterranean Captain Sandy Yawn didn’t intend for the joke to hit the airwaves, but mistakes will happen and now damage control must be done.

“Everybody! I want em to be happy! I don’t – I don’t have any ill will for anyone,” Captain Sanday said to the camera as the Us Weekly clip began but then, interviewer Christina Garibaldi asked some serious questions.

Below Deck Mediterranean – The Video Was Edited, ‘I Showed Her The Real Video’

Captain Sandy is asked if the video, where Sandy allegedly made comments about Malia White’s sexuality, made for an awkward start and the reality star shook her head saying, “No. Not at all.”

“Malia knew … knows that was. I showed her the real video.”

The Below Deck Mediterranean captain went on to tell Christina that the video was edited and wasn’t made for the public – that it was a joke.

“In fact, they left out the part where – you need to call Malia! I have no idea.”

Admitting that she made a mistake Sandy says, “do I think some things could have been handled differently? Yes,” but goes on to explain that she believes “that’s why Malia would make a great Captain she doesn’t buy the bullsh_t you know? Like, she doesn’t – she gets the facts.”

Then fans can see that, out of this snafu, came a new respect between Captain Sandy and Malia.

In a July interview, Malia told Us Weekly that the comment was made the night before they started filming so she “had to put a big smile on.”

In that interview though, Malia made it clear that, though she understood that her captain meant well, she still wished that Sandy had understood more what effect the comments had.

About her 22-city Lead-Her-Ship Tour Sandy told Us “I want to use this platform to inspire others” adding that “thanks to bravo we have reached so many Americans.”

She went on to explain that she hoped, through her tour, to inspire others the way Bravo and Below Deck had inspired her.

Catch new episodes of Below Deck Mediterranean Mondays at 8 PM Central on Bravo with new episodes dropping a week early on Peacock.