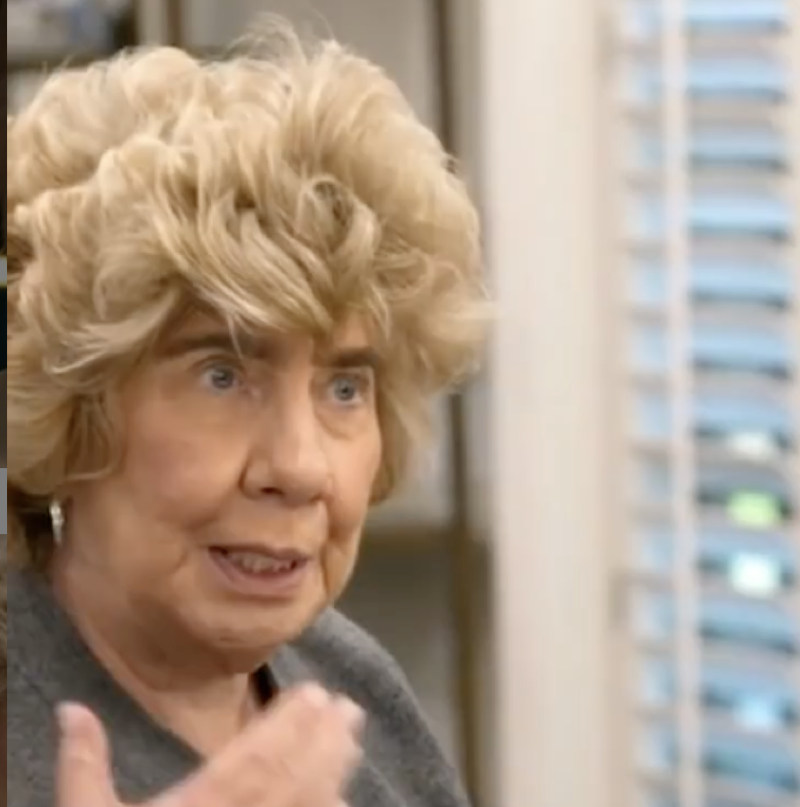 Growing Up Chrisley Season 3 dropped a bonus scene teaser for the USA Network show and once again, Nanny Faye steals the show with her sassy approach to life. In fact, perhaps Savannah chose the name of Sassy for her cosmetics company to remember her grandma by. This time, spoilers reveal that Nanny Faye nurses ambitions be a teacher. Naturally, Todd scoffs at her abilities and puts her through a test. Warning, this article contains Spoilers.

The spinoff for Chrisley Knows Best brings a lot of fun to fans of the USA Network. Often, it features the younger kids, but Todd and his mom still get plenty of screentime. Nanny Faye seems the most popular character on the franchise, as she’s always so out there with her ideas. Fans saw her in Season 1 of the show traveling across the country with Chase and Savannah and she literally stole the show with her antics. This year, fans get a double dose, as the two shows air back to back.

Of Growing Up Chrisley Season 2 introduces the fact that Nic Kerdiles returns to the show. In fact, after their split, Savannah never ruled out trying again. In the current season, spoilers reveal that she gives Nic another chance. And no doubt, Nanny Faye will have an opinion on that. Actually, she and Nic seem to get along very well, and past scenes showed her out and about with him in a golf cart. Well, Nic didn’t feature in the bonus teaser, but Emmy Medders, the rumored ex-girlfriend of Chase did and she really laughed at Nanny Faye’s idea to become a teacher.

In the teaser, when Nanny Faye says she’s signing up to be a substitute teacher, Todd mocks her. In fact, he says that the kids would see her and just think “holiday.” So, he asks her what she thinks she can teach the kids, and she replies, “the fact of life.” When Todd pushes her, she admits that she plans on teaching them how to “add, subtract, and multiply.” Notably, with the emphasis on “multiply, fans might think they learn all about the birds and the bees instead. 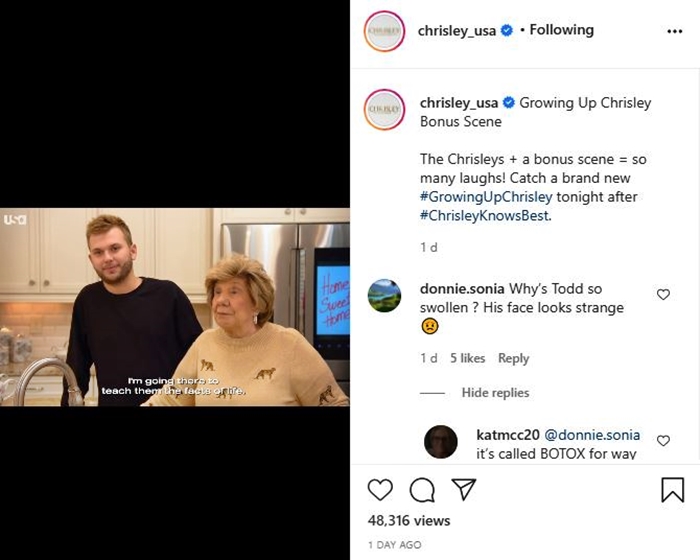 In the Growing Up Chrisley teaser, Todd tests his mom and asks Nanny Faye how much nine times nine is? Well, she gets the answer wrong. Finally, he asks her what makes 66? So, she says there’s nothing that multiplies to 66. Of course, even Emmy knows the answer and she laughs like crazy. When Todd tells his mom she can’t even get the answers right, she replies. She says that they never taught her the 11 times table so she stopped at 10.

Fans React To Todd’s Mom Being A Teacher

In the comments, happy fans raved about Nanny Faye, as they usually do. One of them wrote, “Love Nanny Faye!!“Then another fan commented, “You gotta Love her❣️🙌❤️😂.” A devoted fan noted, “Nanny😂😂😂😂😂 she is hella funny!!!! I would love to be around her all day❤️❤️❤️.”

Remember to check back with us often for more updates and spoilers about Growing Up Chrisley on the USA Network.