Chrisley Knows Best And Growing Up Premiere Dates And Spoilers 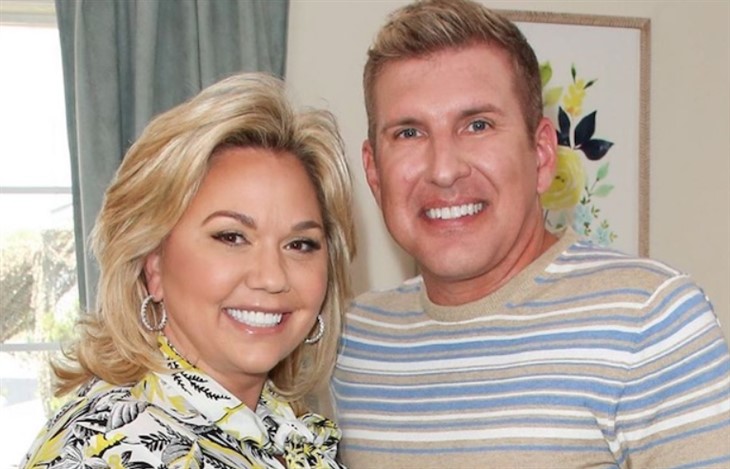 Chrisley Knows Best fans knew that the show was coming along with Season 9. Additionally, they heard that it airs back-to-back on Thursdays this summer with Growing Up Chrisley. Now, both shows got a premiere date and a lot of spoilers. Previews and teasers came along from the USA Network and it looks like a lot of the usual fun is sprinkled with some serious stuff.

In early July, fans heard from the USA Network that both of the shows come along soon. However, they gave no premiere date, which made some fans feel irritable. However, they usually start sharing teasers and previews soon after they make an announcement, So, it didn’t take long before the teasers and the premiere date emerged. The shows both premiere on Thursday, August 12, at 9 p.m. and 9:30 p.m. ET on the USA Network

Ahead of the new season of Chrisley Knows Best, news emerged about Todd and Julie and their legal fight with the Georgia Department of Revenue. Fans and critics seemed shocked when they learned that LIndsie Chrisley never ratted out Todd and Julie to the tax people. Plus, that also probably means that Tood was wrong all along. Recall, he also accused her of engaging in a love affair with one of the investigators. In fact, it turned out that Kyle was the one who did the ratting. While that scandal gets tongues wagging, most fans put it aside as they await the new season.

The teaser that emerged on Instagram on Friday definitely brings a big chuckle. Of course, it comes from Nanny Faye. Todd and Julie’s kids talk about the possibility that Todd and Julie might divorce. They argue quite a bit. Well, it cuts from there to Nanny Faye all dressed up like a fortune teller. In front of her, there’s a crystal ball. She says that she sees a “dark cloud coming.” Other spoilers show that Grayson plays some great baseball games and Todd takes him for his driver’s permit.

Chrisley Knows Best also reveals that Savannah bought her parents’ old home and she changes it around. Of course, Todd’s mad that she did some renovations. When she says she didn’t want a home for a “suburban housewife,” Todd tells her he is one. Other scenes reveal Chloe reminding Todd that he’s 52 now and he asks Julie why she taught Chloe math. Plus a scene of an auction goes down and someone, probably Todd, ends up without his trousers on, much to Nanny Faye’s delight.

Growing Up Chrisley – Will Chase Propose To Emmy Medders?

The Chrisley Knows Best teaser came along slightly before the one for Growing Up Chrisley. In that teaser, fans saw that Chase wants to buy a home. So, he showed it to Emmy Medders who said she wouldn’t mind moving in. However, she needs a ring first. Well, off he goes and gets a ring but his mom Julie says no way. She thinks he’s not yet ready for marriage. Fans also see something of Nic Kerdiles again and he still seems keen on Savannah. However, she focuses on her business right now.

Remember to check back with us often for more news and spoilers about Chrisley Knows Best and Growing Up Chrisley on USA Network.