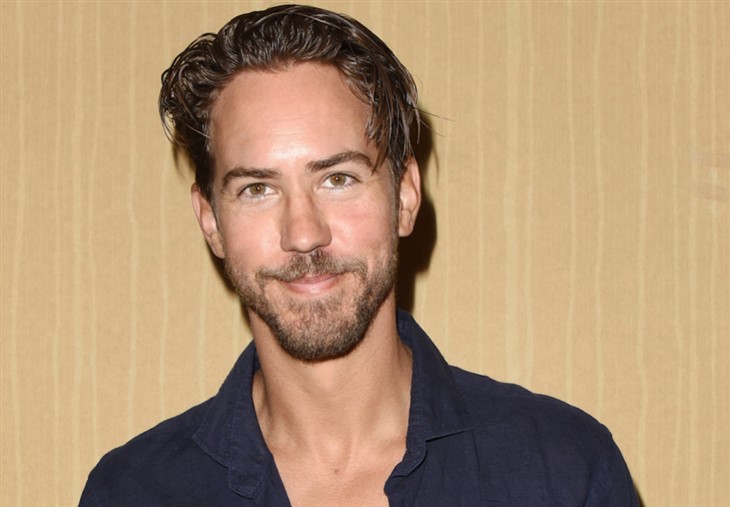 General Hospital (GH) spoilers and updates tease that Wes Ramsey shared the movie, which he considered as a “dream come true.” The actor took to Instagram as he recalled this amazing experience.

Ramsey was talking about the movie, Deliverance Creek, during an interview with Scenester TV. The Lifetime movie was special because it was produced by the acclaimed author, Nicholas Sparks, who penned famous books like The Notebook and A Walk to Remember.

The actor said that this movie was the author’s first time working on a TV project. He added that they were all excited to work with Sparks. He then shared the plot of the 2014 Western movie, which revolved around “the story of survival during the Civil War.” In the film, Wes Ramsey took on the role of a “sheriff in town who’s trying to keep law and order while bad things are happening.”

The General Hospital star said he had a wonderful experience when he became part of that film. It premiered on September 13 and he marked this special occasion online. He posted of him playing his character back them on Instagram and captioned it, “7 yrs ago tonight. It was a dream come true making this one.”

As for Ramsey’s alter ego, Peter August is wreaking havoc in Nixon Falls. He’s the type of person who doesn’t take lying lightly. Now, Nina Reeves (Cynthia Watros) is learning this the hard way and Phyllis Caulfield (Joyce Guy) has been caught in the middle of it all. Nina and Phyllis were tied together at the Tan-O. Peter dropped the bombshell about Mike’s (Maurice Benard) true identity and Phyllis is more than shocked.

Tying them up wasn’t enough for Peter. He gagged both women while being tied up in The Tan-O, doused the bar in gasoline, and lit up a match. After a lengthy argument with Jasper “Jax” Jacks (Ingo Rademacher), Mike arrived. But the pub was already engulfed in fire and saving Nina and Phyllis will be very difficult.

Elsewhere, Sam McCall (Kelly Monaco) will turn to Harmony Miller (Inga Cadranel) for answers about who Peter used to crash Drew Cain’s (Cameron Mathison) plane. Sam will give Harmony the benefit of the doubt but she demands that she tell her the truth.

Days of Our Lives Spoilers: Abigail Desperately Needs Something From Chad