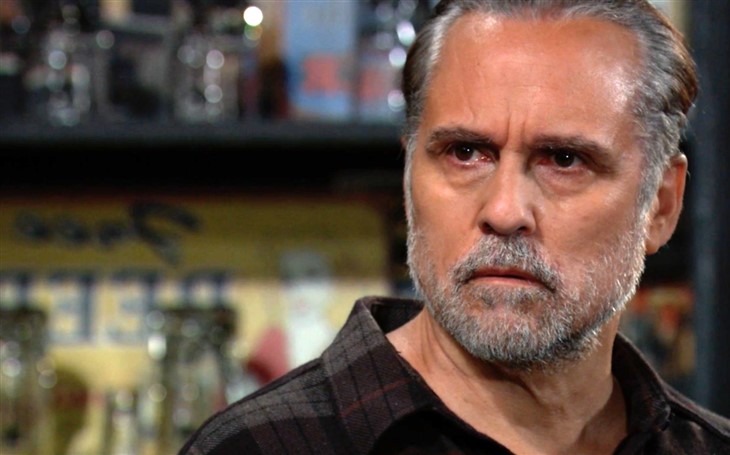 General Hospital (GH) spoilers for Wednesday, September 15, 2021, reveal Sonny doing everything he can to rescue Nina and Phyllis from a Tan-O engulfed in flames.

Sonny (Maurice Benard) didn’t seem too interested in Phyllis (Joyce Guy) when he burst into a flaming and smoky Tan-O thanks to the menacing and dastardly ways of cartoon villain Peter (Wes Ramsey) August. But he still does his best to rescue the ladies tied to the chairs from certain death due to being burnt to a crisp.

For some reason we see a beam falling on Sonny’s head once he unties the women, and when he comes to, he will magically know he is mobster and coffee entrepreneur extraordinaire, Sonny Corinthos. But will he make it back to Port Charles before the wedding?

Carly (Laura Wright) decides to finally get ready for her wedding and the marriage she has waited three decades for — and she won’t let anything get in the way of her happiness. (What if Sonny suddenly rushes in? Hmmm…)

Jason Morgan (Steve Burton) is also ready to wed Carly and Spinelli (Bradford Anderson) is there as his best man. Will he also manage to keep the bad guys away?

Over at Alexis Davis’s (Nancy Lee Grahn) nice prison, Sam McCall (Kelly Monaco) interrogates Harmony (Inga Cadranel) on what she knew about Shiloh (Coby Ryan McLaughlin) and his dealings in Afghanistan. Maybe that will lead them to Drew Cain (Cameron Mathison), but Harmony says she doesn’t have any answers.

Meanwhile, Drew is getting closer to breaking him and Nurse Chloe out from wherever they are being held captive? Will he prevail or will the bad guys put them back in their cells?

GH Spoilers – Ned And Olivia Quartermaine To Have A Serious Talk

Although Austin (Roger Howarth) never said the word autism to Ned (Wally Kurth), he knew what the doctor was getting at when they discussed Leo. Now, he needs to get Olivia (Lisa LoCicero) to listen to him and realize their son might need a little extra help in life — but he will be ok because there really is nothing wrong with him. Stay tuned to General Hospital weekdays to see how these stories play out.