GH Spoilers: Jason And Carly About To Say ‘I Do’, Will Sonny Stop The Wedding? 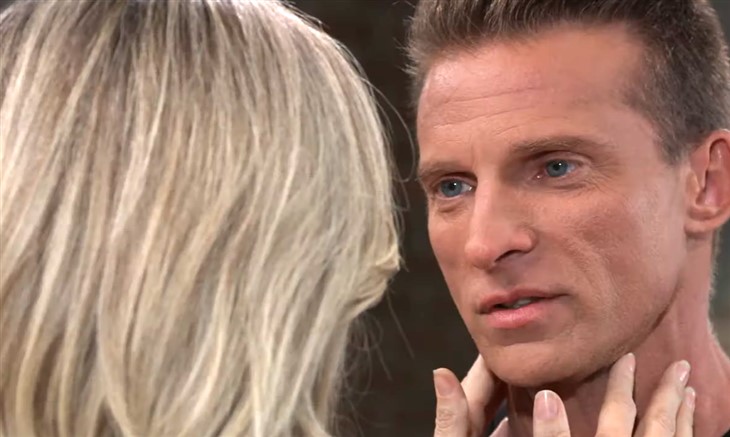 General Hospital (GH) spoilers tease that the wedding of Jason Morgan (Steve Burton) and Carly Corinthos (Laura Wright) is fast approaching. Although the wedding began as a way to appease the Five Families, Jason and Carly have admitted to each other that their old feeling for one another are coming back. This may actually end up as a real marriage. There is only one problem, Carly’s husband Sonny Corinthos (Maurice Bernard) is alive and well! Sonny currently has no memory of his former life as a mobster and has been living in Nixon Falls going by the name of “Mike”.

Jasper “Jax” Jacks (Ingo Rademacher) put two and two together and realized that Sonny is alive and well. A quick trip to Nixon Falls confirmed Jax’s suspicions. Nina Reeves (Cynthia Watros) has been aware of Sonny’s location for months but she has fallen in love with “Mike” and hasn’t told Mike who he really is. But now that Jax knows the truth and has confronted Nina, she’s not going to be able to stop the inevitable from happening. Sonny will be heading back to Port Charles, and he’ll likely soon remember who he is! But will he make it in time to stop the wedding?

GH Spoilers – Maxie Jones Has Made All The Arrangements For The Wedding!

As viewers know, Carly and Jason have enlisted Maxie Jones (Kirsten Storms) to plan their big day. Family and friends will soon be gathering to witness Carly and Jason taking their friendship to the next level. Although it hasn’t been all that long since Sonny died, Carly and Jason have been friends for years, so their marriage isn’t all that shocking to anyone. Everything is set for the wedding to take place, and it likely will go as planned. But any happiness this couple has will be short-lived. Sonny return will shake both Jason and Carly to their core. And Sonny may not be happy to learn that his wife and his best friend are not only getting married for the sake of the business, but that they are beginning to have feelings for each other!

Will Jason and Carly actually say their vows, or will Jax bring Sonny home in time to stop the wedding? Are Sonny’s memories about to return? How will he feel about Jason and Carly getting married? Anything can happen in Port Charles so stay tuned to General Hospital airing weekdays on ABC. And don’t forget to check back right here regularly for all your General Hospital news, information and spoilers!