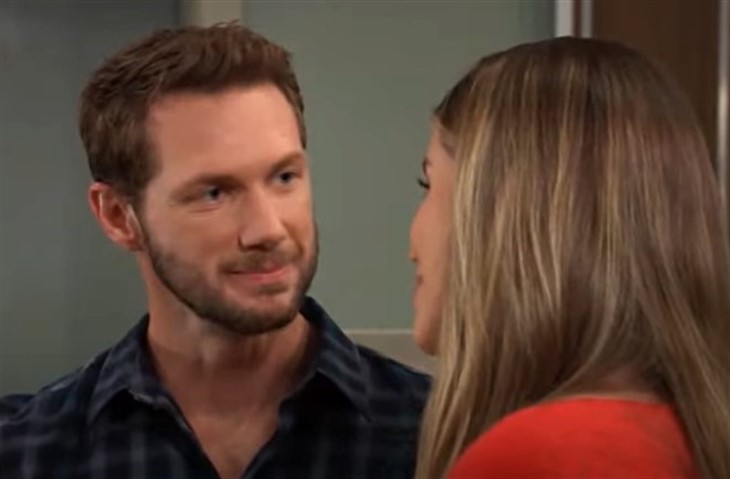 General Hospital (GH) spoilers for Wednesday, November 17, 2021, reveal Sasha Gilmore in labor and Gladys Corbin possibly having to deliver her grandchild thanks to Esme Prince’s machinations. What a night at Ava’s gallery.

Brando Corbin (Johnny Wactor) frantically searches for Sasha (Sofia Mattsson) and has no idea her water just broke while she’s locked in a room with his mother. Esme (Avery Pohl) thought Trina Robinson (Sydney Mikayla) was in there, so she locked up the wrong people. Will Sasha’s baby be ok in such circumstances?

Meanwhile, Ned (Wally Kurth), Olivia (Lisa LoCicero), and Brook Lynn Quartermaine (Amanda Setton) do their own frantic search for Leo. He went missing thanks to Brook trying to hide the truth about Bailey not knowing that Gladys can’t even get a phone signal to call Valentin.

Over at the hospital, Maxie Jones (Kirsten Storms) is also in a panic as she tries to make Austin Holt (Roger Howarth) actually like his mortal enemy, Brook Lynn. Austin wants to know why this is so important to Maxie. He doesn’t understand her friendship with Brook Lynn at all and he suspects there’s a whole lot Maxie isn’t telling him about the night he delivered her baby.

Carly Corinthos (Laura Wright) decides she needs to know more about Sonny’s (Maurice Benard) life in Nixon Falls so she visits Charlie’s Pub to talk to Phyllis (Joyce Guy) in the hopes of getting to know one another better. Phyllis tries to be nice to Carly, but there’s something about her that rubs Phyllis the wrong way. That happens to a lot of people who get to know Carly.

Elsewhere, Willow Tait (Katelyn MacMullen) runs into Nina Reeves (Cynthia Watros) and both are nervous about the situation because Nina sees Wiley, and Michael Corinthos might react badly to that. Considering that Michael already bribed a politician to arrest Nina for identity theft, a crime she did not commit, who knows what Michael might do?

Perhaps he should mellow out like the new and improved Sonny Corinthos. When he and Alexis Davis (Nancy Lee Grahn) catch up with one another, he tells her that when things change they often change for the good. What could he even mean? Stay tuned to General Hospital weekdays to find out.