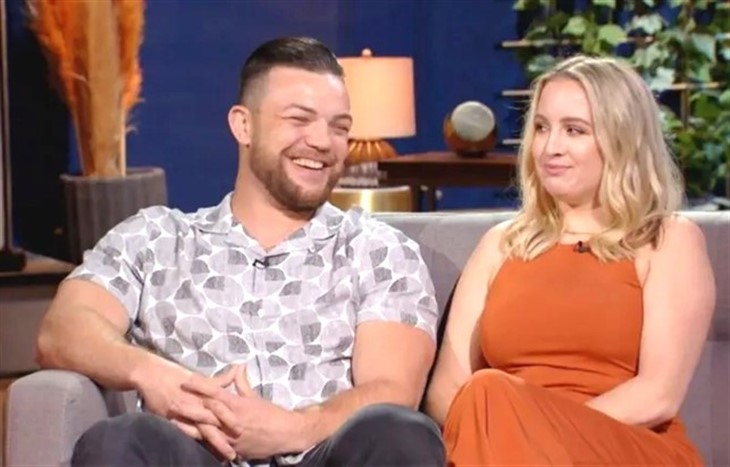 Libby Potthast and Andrei Castravet aren’t exactly the most fan-favorite couple in the 90 Day Fiancé universe. However, the couple and their daughter were recently spotted being filmed by a TLC crew at a tennis court in Tampa, Florida. It looks like they will be starring in season 7 of 90 Day Fiancé: Happily Ever After?

Libby and Andrei joined the cast of 90 Day Fiancé in 2017. They first met in Dublin and after dating for a while, Libby applied for his K-1 visa so he could move to the US. All along, Andrei has had a strained relationship with Libby’s family, particularly her father Chuck and brother Charlie. Her family believed he was marrying their relative just to get a Green Card and live a comfortable life.

Over several seasons, fans have seen Libby’s siblings arguing and fighting with Andrei. Her sisters, Jenn and Becky, believe Andrei needs to prove himself before he can become part of the family’s real estate business. However, Charlie Potthast, Libby’s brother, got into a physical fight with Andrei, as he doesn’t want the Moldovan taking money from his dad.

90 Day Fiancé Spoilers – Are The Castravets Back For 90 Day Fiancé: Happily Ever After? Season 7?

While fans enjoyed the drama for a while, most wanted TLC to drop the explosive family. The action was getting repetitive and nothing new ever seemed to come into the mix. Despite this, it looks like the Castravets and Potthasts are getting ready to return to the TLC reality show.

The news came after an Instagram fan page posted images of Andrei, Libby and their daughter, Eleanor, with a production crew. Although the exact filming location hasn’t been revealed for security, they were spotted at a tennis and wellness center in Tampa, Florida.

Meanwhile, rumors say that some scenes for 90 Day Fiancé: Happily Ever After? season 7 have been filmed in Andrei’s home country of Moldova.

The post is captioned, “Libby, Andrei and Ellie hanging out in a tennis and wellness center with production crew. #90dayfiancehappilyeverafter Season 7 with this trio confirmed. Might include scenes in Moldova.”

“Unless you check the latest on one specific hashtag, I am not allowed to share the location since it’s near their home,” they added.

Scrolling through the comments to the Instagram post, it is clear that 90 Day Fiancé fans are disappointed that TLC is once again filming the controversial couple. Among the comments, one fan wrote, “No more of them. Read the room TLC nobody asked for this.” Another exclaimed, “Noooooo… they’re coming back AGAIN?? TLC CASTING SUCKS!”

Yet another commented, “Why???!!! No one wants them on anymore.” Others were less explosive, with one fan writing, “Oh wow, who cares,” and another simply writing “YUCK.”

Despite the negativity towards Andrei and Libby, they do have a fan following. Andrei has more than 300K followers on Instagram, while Libby has an even more impressive number of 700K followers. Maybe TLC is taking note of their social media following, rather than fan complaints in casting them for season 7 of 90 Day Fiancé: Happily Ever After?

Readers, let’s do a spot poll – how many of you like Andrei and Libby and are pleased to see them back? Alternatively, let us know if you hate the idea of the Castravets returning to 90 Day Fiancé.