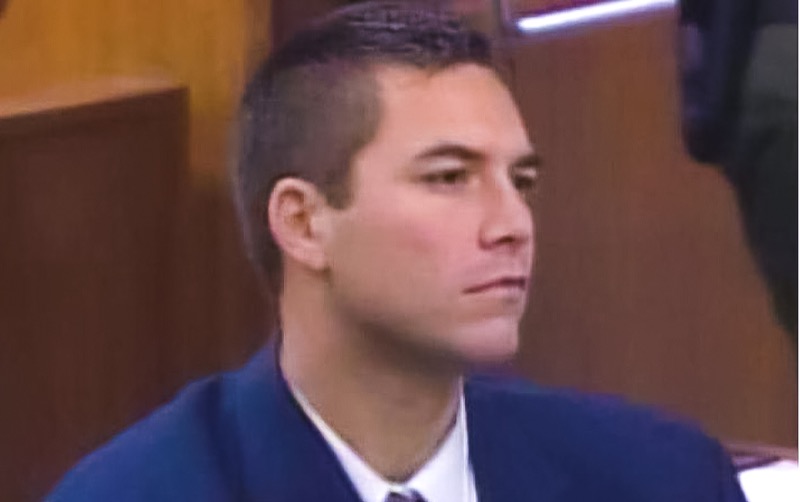 Scott Peterson’s resentencing has been determined. Those following the case know that on Christmas Eve in 2002, Peterson killed his 27-year-old pregnant wife, Laci Peterson. At the time of her death, Laci was eight months pregnant with a little boy she was going to name Conner. Last year, the sentencing was thrown out by the Supreme court. Keep reading to get the latest details on this case.

Scott Peterson, who was having an affair while Laci was pregnant with their child, committed murder on December 24, 2002. The case made national headlines and there have even been made-for-TV movies made on the subject. One of the keys to Peterson’s conviction was the woman he was having an affair with. The entire case was horrendous and still shocks the nation that a human being could murder his own pregnant wife.

Laci was reported missing on December 24, 2002. However, their bodies would not be discovered until they washed ashore – found separately – in April 2003. Although Scott was convinced in 2004, he was not formally sentenced to death until 2005.

Peterson ended up being convicted and was sentenced to the death penalty in 2004. Peterson spent more than 15 years on death row in California. However, last year, Peterson’s death sentence was thrown out last year. The state Supreme Court concluded that there were jurors dismissed who disagreed with the death penalty. This led to Peterson having to be given a new sentence. That day has arrived, according to TMZ.

Now 49 years old, Judge Anne-Christine Massullo has delivered Scott’s new sentence. Instead of the death penalty, he is now sentenced to life in prison without the possibility of parole for Laci’s murder. The defendant was also given a concurrent sentence of 15 years to life in the second-degree murder charge for Conner’s death.

Tell us what you think of Scott Peterson’s resentencing and Laci Peterson’s family’s statement. Should the death penalty have been thrown out or do you agree with the new sentencing decision? We will keep you posted with new developments and updated information as it becomes available.

Be sure to catch up on everything happening with Scott Peterson right now. Come back often for spoilers, news and updates.