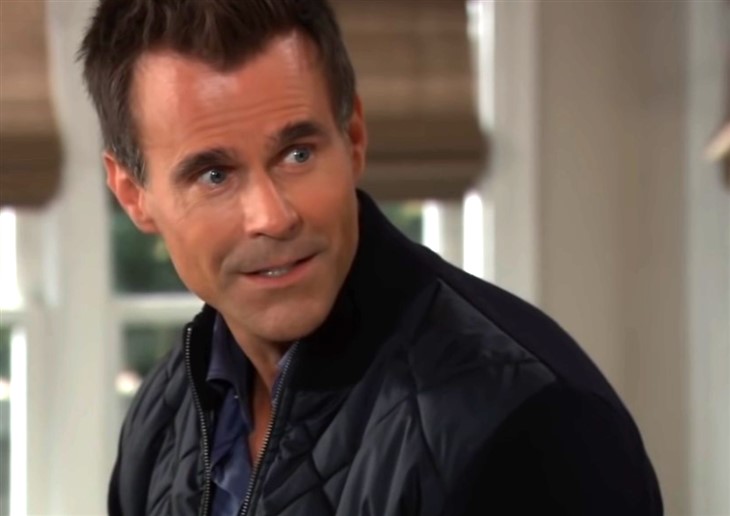 General Hospital Spoilers tease that Drew Cain (Cameron Mathison) has been spending his days reuniting with friends and family. Drew has met with everyone from his ex, Samantha McCall (Kelly Monaco) to his good friend Curtis Ashford (Donnell Turner) and in every case, it been a happy reunion. But when Drew finally manages to catch up with Elizabeth Webber (Rebecca Herbst) it’s sure to be heartbreaking for everyone involved.

General Hospital Spoilers – Franco Baldwin Once Believed That He Was Drew Cain!

As viewers may recall, Franco Baldwin (Roger Howarth) had just saved Cameron Webber (William Lipton) from Shiloh Archer (Coby Ryan McLaughlin). Unfortunately, that meant Franco had been subjected to the memory mapping process and actually believed that he was Drew. But Franco was a version of Drew that had all the memories that the real Drew no longer had. Franco was eventually returned to his old self, but that happened after the real Drew was presumed dead.

While Drew will certainly be thrilled that Franco was rid of his memories, and was able to reunite with Elizabeth, he will be furious that Franco was murdered by Peter August Wes Ramsey). Drew’s memories contained incriminating evidence that tied Peter to some pretty awful criminal activities. And while Drew’s memories were gone for the most part, he still had flashes of Peter’s criminal activities. Peter couldn’t have any loose ends tying him to his criminal past, so he murdered Franco in cold blood. Drew will be heartbroken to hear that not only is Franco dead, but it was his memories that caused it.

Drew will likely bond with a still in mourning Elizabeth. He will also double down on his intent to make sure that Peter doesn’t hurt anyone else. Elizabeth has hurt enough, and Drew will certainly want to avenge Franco’s death. Drew is already devastated that his twin brother, Jason Morgan (Steve Burton) is also dead because of Peter. If Peter does wind up dead, Drew will certainly be one of the prime suspects. But before that can happen, look for Drew and Elizabeth to have a heartbreaking reunion. They have both lost Franco and that will solidify their friendship! It could even possibly lead to Drew and Elizabeth falling in love once again. Elizabeth has been conflicted about her feelings for Dr. Hamilton Finn (Michael Easton) so Drew’s presence may send her in an entirely different direction!

Will Drew and Elizabeth bond over Franco’s death? Could they find romance or will they just remain friends. And will Franco’s murder give Drew an even stronger motive to end Peter once and for all? Anything can happen in Port Charles so stay tuned to General Hospital airing weekdays on ABC. And don’t forget to check back right here regularly for all your General Hospital news, information and spoilers!