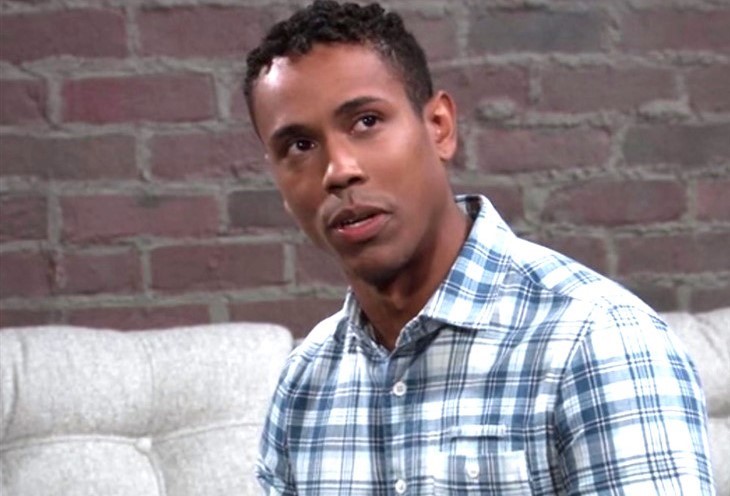 General Hospital (GH) spoilers tease that Dr. TJ Ashford (Tajh Bellow) should be on cloud nine right about now. Earlier this years, ha committed himself to Molly Lansing-Davis (Haley Pullos) in a legal union. While Molly doesn’t believe in the institution of marriage, she agreed that they should legally show there commitment to one another. TJ happily agreed and the two seem closer than ever. Add to that the fact that TJ just graduated medical school and will be working at General Hospital as it’s newest doctor and one would think that everything was almost perfect. But spoilers show that TJ will soon be dealing with some anger issues while at workl.

General Hosptial Spoilers – Is TJ Ashford just a bit too worried about perfection?

It would be normal for anyone, and especially a brand new doctor, to want to present themselves as knowledgeable and want to assert themselves by showing off a bit, that’s not likely what is happening with TJ. It’s been over a year since TJ was kidnapped and beaten by Cyrus Renault’s (Jeff Kober) men. But that doesn’t mean that TJ has forgotten the trauma he endured. And if he is showing uncharacteristic anger, this wouldn’t be the only time that has happened. One need only look at TJ’s feeling toward Brando Corbin (Johnny Wactor) for another example.

GH Spoilers – Molly Lansing-Davis and Brando Corbin had a one night stand!

When TJ was kidnapped, his mother Jordan Ashford (Brianna Nicole Henry) needed to get Molly to stop searching for TJ as per Cyrus’ plans. So Jordan lied to Molly that TJ was breaking up with her and never wanted to see her again,. Molly was understandably upset and took it out on her car, which led her to mechanic Brando’s shop. Molly and Brando were so attracted to one another that they slept together that night. The next morning, Molly was informed that TJ had been kidnapped, but was now free. She told Brando no one could find out about their one night. But after months of keeping it a secret from TJ while he recovered she finally couldn’t keep it a secret any longer. TJ was upset, but his anger toward Brando never really faded even though he didn’t fo anything wrong. But still, TJ wanted to punch Brando every time he saw him.

General Hospital Spoilers – TJ Ashford did not see a counselor after the kidnapping.

TJ went through quite an ordeal. Not only was he held prisoner, but he was severely beaten as well, His physical traumas healed fairly quickly but TJ has admitted that he never spoke to a counselor to sort through his feelings. IT’s quite possible that any anger issues now will stem from PTSD. Things are likely to get worse before they get better if TJ doesn’t speak to a professional as soon as possible.

Is TJ’s anger just because je wamts to prove himself as a new doctor or is something else going on? Could there be anger issues as a result of his trauma from the kidnapping? Could TJ have PTSD and not know it? Trauma can come back to haunt the residents of Port Charles, so stay tuned to General Hospital airing weekdays on ABC. And don’t forget to check back right here regularly for all your General Hospital news, information and spoilers!