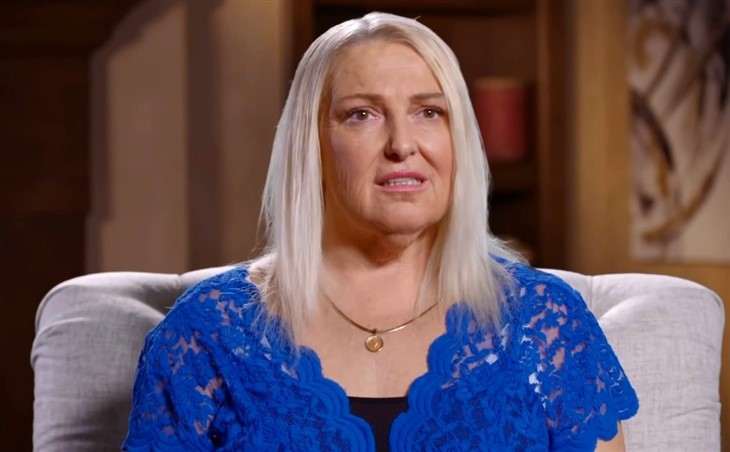 Angela Deem’s Nigerian husband, Michael Ilesanmi, was dead against her having surgery to reduce her weight. For one thing, he liked her just the way she was but he was also concerned over the risks from the surgery to her health. However, nobody can deny that Angela looks absolutely stunning following her liposuction, gastric sleeve procedure and breast reduction.

Deem shared an image to Instagram, revealing herself wearing a white jumpsuit with her blond hair pulled back in a ponytail. She also wore pink hoop earrings and gold chains and had taken special care with her makeup. Angela’s caption read, “Going to Osaka in Las Vegas for my Nick Hogan birthday dinner.”

Angela posed for another image with Nick’s girlfriend, Tana Lea, which she captioned with the words, “Love my babies.”

TLC 90 Day Fiancé Spoilers – Why Did Angela Deem Have Surgery?

Fans will remember that Angela first starred in the TLC franchise on season 2 of 90 Day Fiancé: Before the 90 Days with her then-fiancé Michael Ilesanmi. Then, on 90 Day Fiancé: Happily Ever After? fans saw Angela and Michael wed in Nigeria in January 2020.

In an interview with Us Weekly, Angela said that the last time she went to Nigeria, she had noticed she was putting on more weight. She said she thinks she gained “20, almost 25 lbs,”and it hit her all at once. “I couldn’t even walk in the grocery store with the kids to get groceries. I was out of breath,” Angela explained.

While she did attribute some of her health problems to her heavy smoking, Angela said she really thought that she would die if she didn’t lose some of that weight. 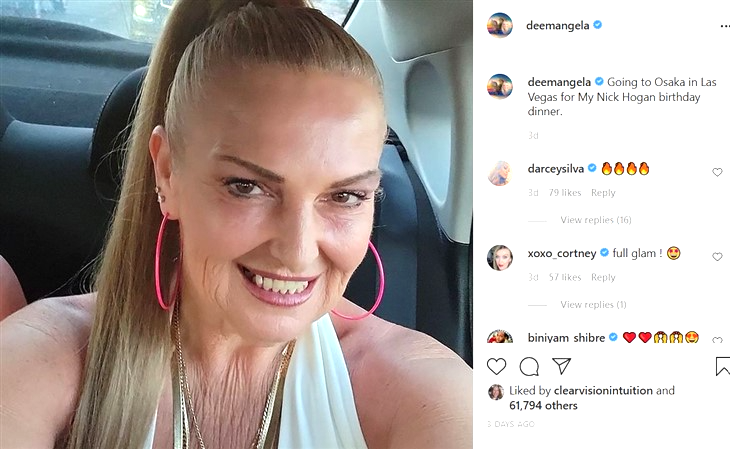 Angela explained that there are benefits besides doing it for herself, because it also benefits her grandchildren and Michael, with her being around longer. She said, “I did it for myself to stay alive … and [to] benefit the ones I love.”

While Michael was concerned over Angela undergoing plastic surgery, not even he can deny how stunningly beautiful his wife is looking these days. Hopefully, he has now accepted the idea of plastic surgery, as he and his lovely wife can one day have a great life together. Currently, Michael is unable to obtain the K-1 visa necessary to move to the US.